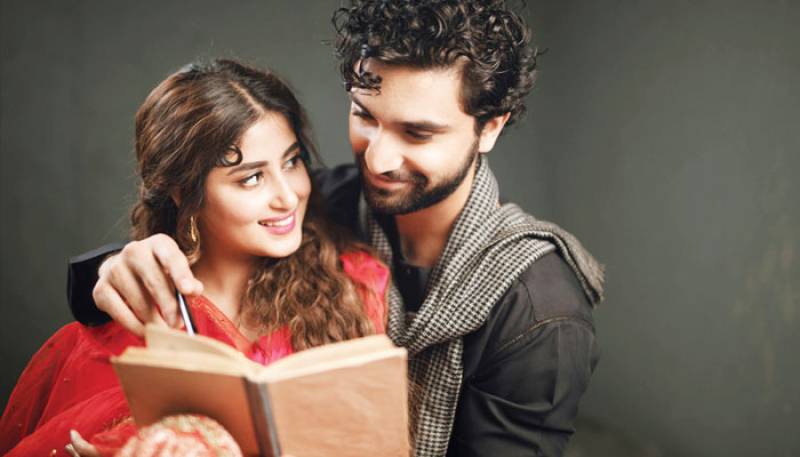 Here are the posts by multi-talented stars:

I've always been a huge soccer fan so naturally I'm thrilled to announce the fourth and final IPLSOCCER team. My team! The Derby Crusaders! I know IPLSoccer will give me the chance to better connect with my fans in the UK and I'm hopeful that I can use the experience from being part of this league to help promote soccer in Pakistan. See you at IPL. Join us in June 2020. @IPLSOCCER @sajalaly @officialnoreenkhan @themichaelowen @SanySupra @hamid.a.hussain #IPLSOCCER #AsiansInFootball #Grassroots

📣ANNOUNCEMENT📣 As you all know I’m huge footy fan and I can finally share this news with you! Pleased to announce I’m a proud co-owner alongside @sajalaly and @ahadrazamir of the fourth and final IPLSOCCER team!! We’re team Derby Crusaders and it’s all happening here in June 2020! ⚽️ @IPLSOCCER @Sajalaly @ahadrazamir @themichaelowen @SanySupra #IPLSOCCER #AsiansInFootball

. Feeling proud to announce Derby Crusaders- the fourth and final IPLSOCCER team with Ahad Raza Mir, and Noreen Khan named as my co-owners. I've always been wanting to promote and support sports for girls in Pakistan. This is my first step in doing so. Join us in June 2020. @IPLSOCCERUK @Ahadrazamir @officialnoreenkhan @themichaelowen @SanySupra @hamid.a.hussain #iplsoccer

The teams – Birmingham, Derby, Leicester, and London – are owned by famous celebrities. Boxing legend Amir Khan and his wife Faryal Makhdoom owns the London team while Bollywood actress Sunny Leone and artist Jaz Dhami are the co-owners of the Leicester Galacticos. England football great Michael Owen has been named the ambassador of this league.

The tournament is expected to start in June 2020.