Khalil-ur-Rehman, Humayun Saeed planning to team up for show like 'Diriliş: Ertuğrul' 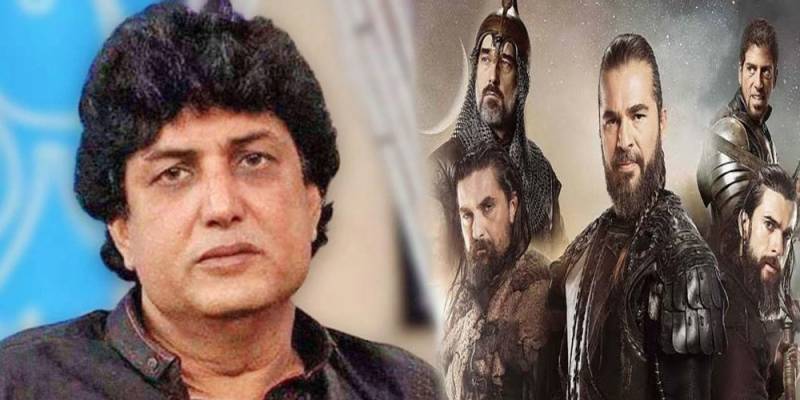 Movie theaters may be shut down, concerts postponed and schools closed before summer, but TV is still here to distract ...

Kiran has raised a question that the drama is in talks these days and PM Imran Khan has suggested the nation to watch the drama to get a good knowledge of Islamic heroes. She highlighted the question that why the Pakistani entertainment industry could not make a masterpiece like it.

LAHORE - The producers of popular Turkish series Diriliş: Ertugrul are impressed with the sweeping response after ...

The writer of mere pas tum ho said that he has talked to Humayun Saeed and he is going to start writing a script like Diriliş: Ertuğrul. To his announcement, Kiran praised him in the show. Khalil also said that this is a higher time we should introduce such topics to our nation.

Khalil-ur-Rehman Qamar gave his opinion that Turkey has made the series in their national language whereas Pakistanis do not give importance to their national language Urdu. Secondly, he also said that the nation is tangled in the syllabus diversification. He said that we are stuck in typical Saas Bahu topics, so we do not pay attention to topics like Diriliş: Ertuğrul.