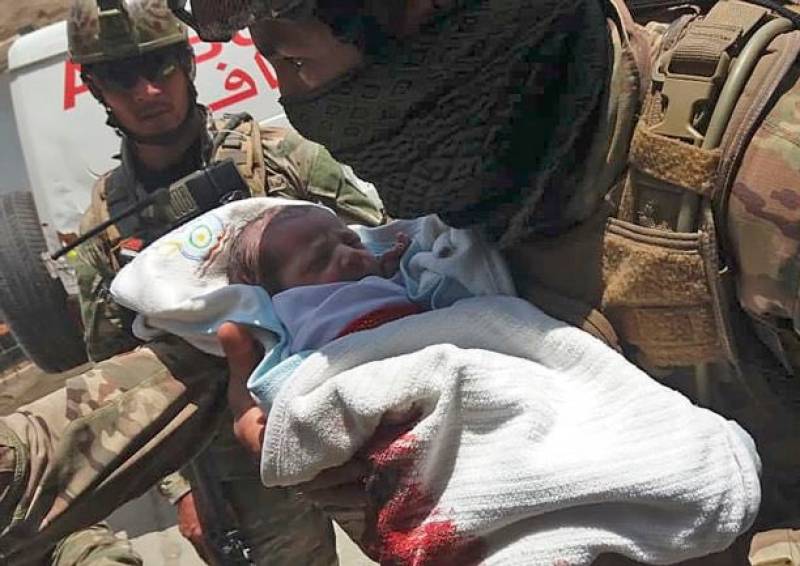 KABUL – Gunmen stormed a maternity hospital in the Afghan capital Tuesday, killing at least 14 people -- including newborns and nurses -- as a suicide blast at a funeral in the country's restive east left two dozen mourners dead.

The latest violence comes as Afghanistan grapples with myriad crises, including a rise in militant operations across the country, a surge in coronavirus infections, and a reduction in foreign military support.

Three gunmen held siege the Barchi National Hospital in Kabul for hours after the early-morning attack before security forces killed them in a clearance operation, the interior ministry said.

Heavily armed security forces were seen carrying infants away from the scene - at least one wrapped in a blood -soaked blanket.

Some 15 people were wounded and more than 100 - including three foreign nationals - were rescued, he said.

According to the Afghan Interior Ministry, two newborns were also among those killed.

The hospital is located in the west of the city, home to the capital's minority Shia Hazara community.

The hospital is supported by the humanitarian organisation Doctors Without Borders (MSF), and a number of foreigners were working at the hospital.

Tuesday's attack was the latest hitting the country's already stretched health sector, with facilities and medical personnel frequently caught in the crossfire during decades of war in the country.

The Taliban denies being involved in the attack.