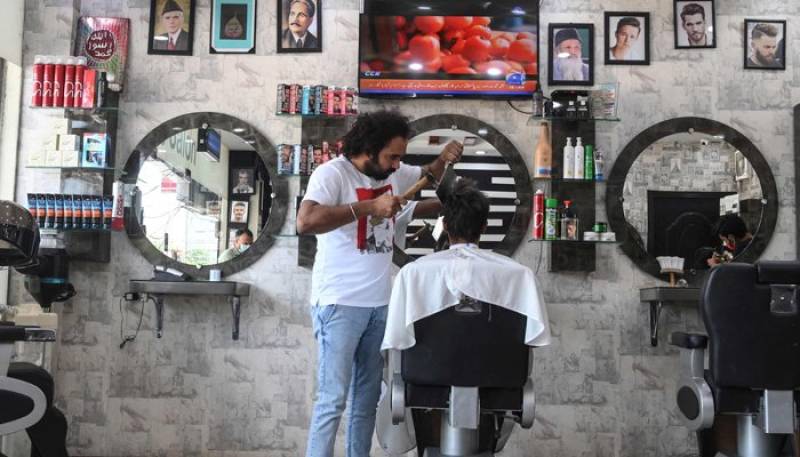 Fashion has gotten bizarre with new trend and fads popping up daily basis. This time around the internet is ablaze with the viral video of a Pakistani hairdresser Ali Abbas who is bringing a unique flair to the haircutting business.

Abbas relies on an unusual array of tools to practice his craft like blowtorches, meat cleavers, and even broken glass.

Helping the customers to look their finest, the barber is a trendsetter as he effortlessly glides through the task of cutting hair with utmost precision. “I thought I should do something different to attract more clients,” Abbas said.

“In the beginning, I tried it on artificial hair, and then — after practising it for some time — I used it on a client, and he liked it a lot.”

The unconventional approach which might intimidate a majority has become a hit. His popularity has only grown since resulting in television appearances and fashion shoots.

Abbas charges Rs2,000 ($13) for the unorthodox treatment or Rs1,000 for a traditional trim with scissors.

“I am feeling quite relaxed and comfortable,” said Ali Saqlain, as the barber took a blowtorch to his head.

Abbas says he also enjoys a large number of women customers, for who he charges an additional Rs500 for extra styling.

This is not the first time that a haircut technique has left the netizens baffled. Recently, an extremely peculiar hair cutting technique with the help of pigtails came as a shock as it became the talk of the town.

Famous singer and icon of the Pakistani music industry, Hadiqa Kiani has been an important figure for decades. Despite ...