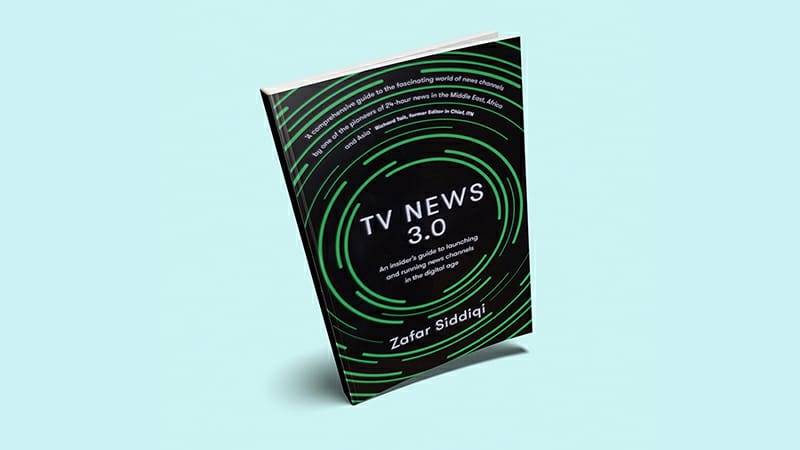 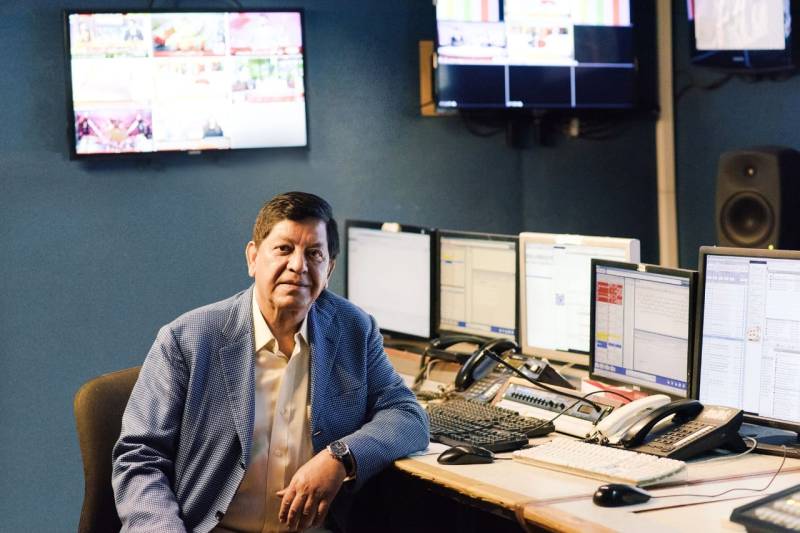 KARACHI - The owner of Pakistani television news channel Samaa TV, Zafar Siddiqi, has written a book that is essential reading for anyone who has ever wanted to know how the media industry in Pakistan works.

TV News 3.0: An insider’s guide to launching and running news channels in the digital age brings together three decades of his experience at home and internationally in 270 pages packed with personal experience, financial advice, technical know-how and the history of the television channels from Pakistan to the UK.

But most of all, Zafar Siddiqi looks the future to see how digital connect with television channels, making the TV News 3.0 a virtual textbook for students of journalism, Mass Communication, marketing and advertising and digital technologies.

It is rare for media owners to go into depth on their behind-the-scenes experiences but Zafar Siddiqi felt the need to write this book because when he started out in television in the mid-1990s, there were no manuals to help.

His experiences are quirky yet filled with lessons. When he was looking for investors for CNBC Arabiya he needed an initial $5 million that came from him and two friends to set up a production company in Dubai Media City. “One of them was among the richest businessmen in Pakistan and a school friend of mine who now lives on the West Coast of America… the other one was an ex-pat Pakistani who had a successful asset management business,” he writes. But when they needed the second round, of $10 million, he didn’t have a lot of time. “CNBC had given us three months to find the money or they were going with someone else who was very substantial in the Middle East.” Siddiqi was almost about to give up when a tip-off led him to pursue a possible investor from Oman to London to Cannes. The mysterious rich Middle East financier had promised them $10 million much to Siddiqi’s delight. The next day though, he was crushed to be told they would not be able to give him the ten million dollars. The investor’s partner had intervened. They had decided they would give the whole $75 million!

There are many other stories like this one in each of the fourteen chapters of TV News 3.0. For the finances buff, there are chapters on making the business plan, for journalists he gives his formula for an essential TV and digital team and how their workflows should be organized. For the engineering students, there is a detailed chapter on ENG and studio camera operators and the whole raft of technology that goes into television and digital production. Some of its best parts are those in which he brings together the breadth of his knowledge of international media history and how it has evolved and spearheaded change within Pakistan and the Middle East.

The industry is certainly a complicated business, Siddiqi had made sure he conveys himself clearly and in a relaxed conversational style, so much so that it almost feels like he is telling the story of his career. It is the perfect weekend read for anyone who watches the news and wonders where it will be headed in the next generation.-PR