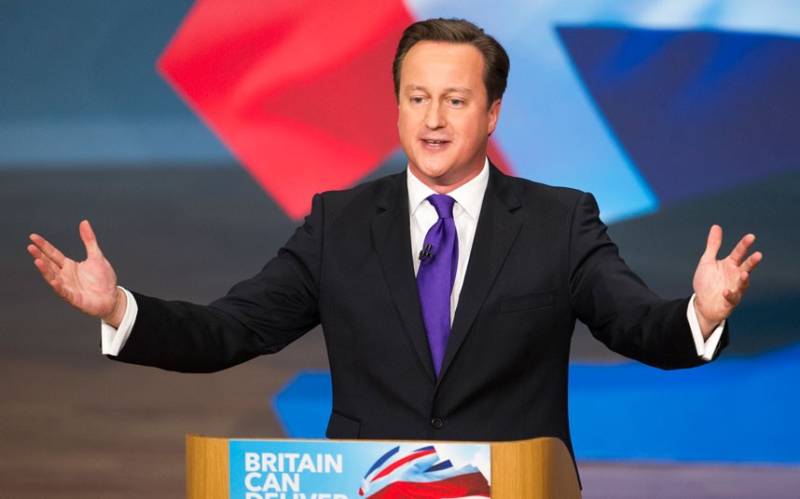 Cameron who faced the brunt of the Brexit that led to his resignation will be working two or three days a month in an advisory role for First Data Corporation that handles credit and debit card transactions and cash machines around the world and it made revenues of $11.6bn last year.

In a press release, First Data described Cameron as one of the “most prominent global influencers of the early 21st century” and said he would help “expand the company’s footprint in new and existing markets”.

On the other hand, Cameron expressed that he was proud of his role as prime minister when the United Kingdom became a global force in fin-tech (financial technology).

"I remain passionate about the opportunities that exist for British and international companies that are developing exciting technologies both for businesses and consumers – technologies that have the potential to revolutionise the way we all live our lives," said the Conservative party leader.

His job was signed off by the advisory committee on business appointments (Acoba), which makes recommendations on new positions for ministers after they leave office.

Because he stepped down as an MP in September last year, Cameron will not have to declare his remuneration.

Cameron is apparently following the footsteps of his high-profile predecessors as Gordon Brown joined the investment manager PIMCO after he left office, while Tony Blair landed in JP Morgan.

Cameron who tendered his resignation in September last year following the decision of masses to pull out of European Union has made a hefty amount of money through his speeches as well.

A report by Daily Mail last year claimed that the politician charged £120,000 for a one-hour long talk. The sum equates to £2,000 per minute.

Mr Cameron reportedly gave the talk to Blackstone Properties in New York and discussed the fallout from his failed bid for a Remain vote in the Brexit referendum.

Interestingly, Cameron received salary £143,462 per year as Prime Minister, a figure much lower than what he took home for his speeches.