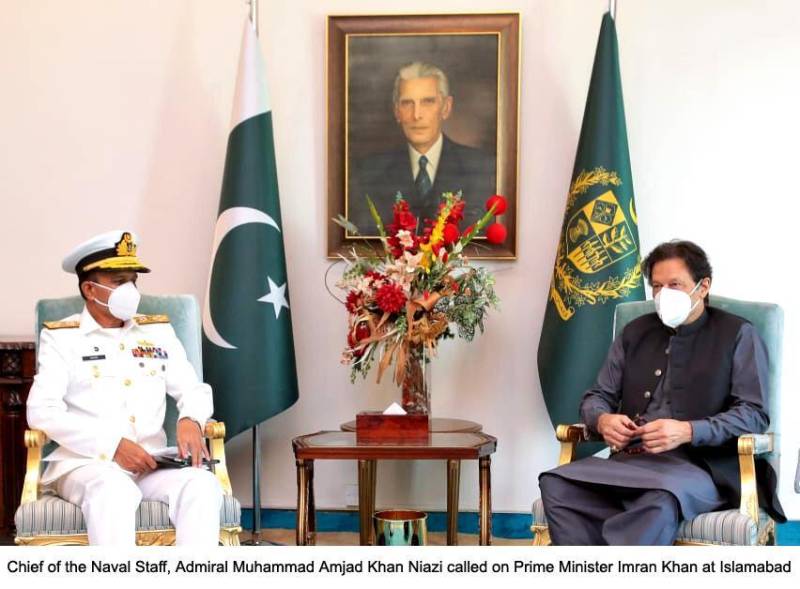 The prime minister congratulated him on assuming the office of Chief of the Naval Staff and wished him success for his tenure.

On Saturday, the Navy chief had visited the General Headquarters (GHQ), Rawalpindi where he met with Chief of Army Staff (COAS) General Qamar Javed Bajwa.

According to the Inter-Services Public Relations (ISPR), matters of professional interest came under discussion.

Admiral Amjad Khan had assumed charge as the 22nd Chief of Naval Staff (CNS) on October 7,  the change of command ceremony held at PNS Zafar in Islamabad.

During the ceremony, outgoing CNS Admiral Zafar Mahmood Abbasi formally handed over the command of Pakistan Navy by presenting the traditional scroll to Admiral Niazi. The outgoing naval chief was also presented a guard of honor.