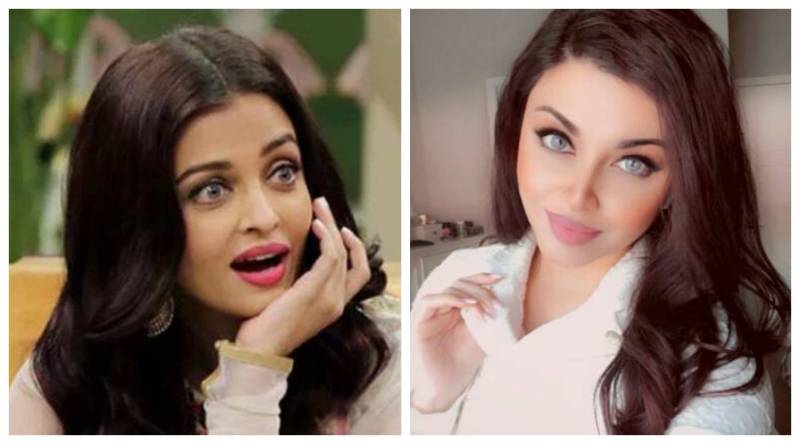 KARACHI – The world has come across several doppelgangers of Bollywood celebrities and this time its Bollywood star Aishwarya Rai whose Pakistani doppelganger takes the internet by storm.

The lookalike of former miss world is, Aamna Imran, a beauty blogger and social media influencer who grabbed eyeballs after videos of her reenacting famous movie dialogues went viral.

Take a look at a few of her posts below:

Many social media user appraise the resemblance while some thought Aaman sought help from cosmetic surgeries to look like the 47-year-old Bollywood star.

Leading Pakistan actress Mehwish Hayat has been juggling with films, television, singing for over a decade now and ...

Back in 2005, Bollywood actress, Sneha Ullal gained popularity due to her resemblance to Aishwarya Rai when she made her debut in the movie Lucky.

Ayeza Khan is now the most followed Pakistani celebrity on Instagram alongside Aiman Khan with 7.8 million ...