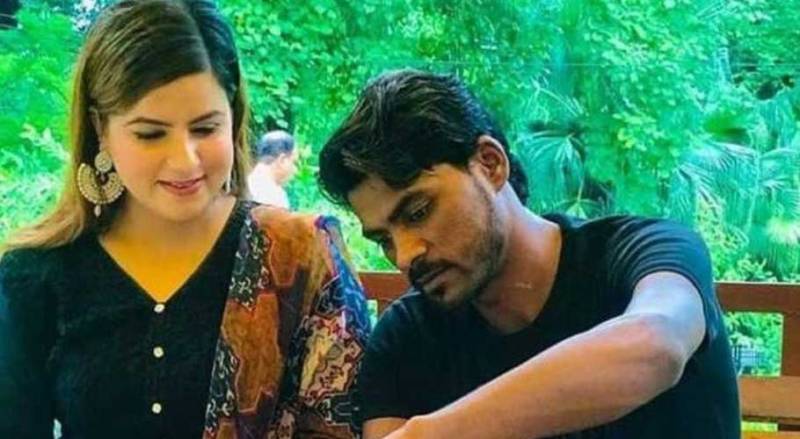 Reports quoting police officials cited that the detained persons are accomplices of Amir Sohail alias Rambo – the partner of TikTok star who had been earlier dubbed as a savior. Meanwhile, so far 11 suspects have been arrested following the new volte-face statements from the victim.

Ayesha Akram in a written statement to DIG Investigation stated that her partner Rambo is the main culprit who staged the incident with his accomplices.

She also stated that that Rambo and his companions had also filmed a nude video of her and were blackmailing her for the past couple of years.

She maintained they have extorted around Rs 3 million from her while Rambo forced her to hand over half of her salary to him.

Following the serious allegations on her partner, Rambo and seven accomplices were detained while a new alleged audio call of Ayesha and her arrested partner Amir Sohail alias Rambo got leaked and went viral on social media.

LAHORE – In another major development in the Minar-e-Pakistan harassment case, an alleged audio clip has surfaced ...

In the alleged audio call, the two can be heard discussing options to extort the suspects. Ayesha revealed her plan to get around half a million from each of them to declare them innocent in her case and asked her partner to give his opinion in this respect.

Rambo told Ayesha that the suspects belonged to poor families and would be unable to pay this amount. On this, Ayesha told Rambo to negotiate with them.

Meanwhile, a police official confirmed to do the forensic analysis of the leak while further action will be taken on the basis of the reports. Police also got another recording of Rambo in which he threatened Ayesha to leak her video clips.

Earlier, Ayesha said Rambo belonged to a humble family and she supported him financially and treated him like a younger brother.

It all started on the eve of Independence when a mob of over 400 men harassed and assaulted TikToker Ayesha at Lahore’s Greater Iqbal Park on Independence Day.