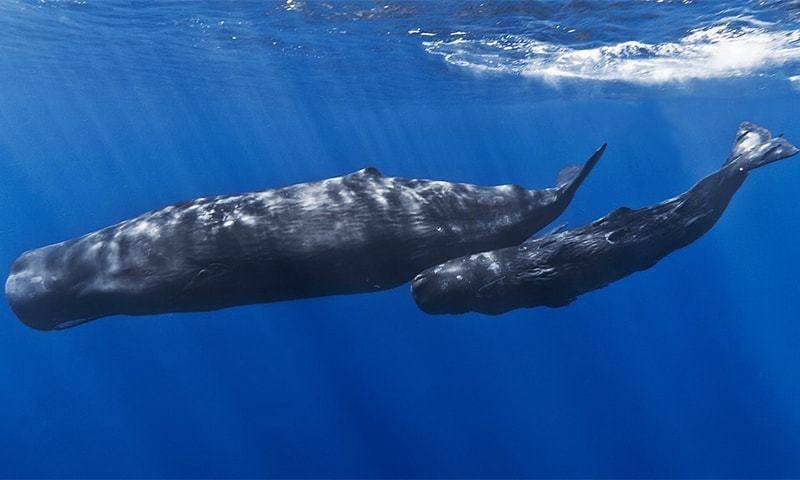 JIWANI - Fishermen on Tuesday spotted a pair of sperm whales near Jiwani ─ the first such sighting in Pakistani waters, a press release issued by the World Wide Fund-Pakistan (WWF) said.

The fishermen, who saw the whales while navigating about 22 kilometers south of Gunz, followed them out of curiosity for nearly 1.5 hours after which the whales disappeared into the sea.

In December 2005, the skeleton of a sperm whale was reported to be found on Sonara Beach near Karachi, and a few bones of another specimen were collected from Daran Beach near Jiwani.

Sperm whales, scientifically known as Physeter Macrocephalus, can be easily recognised by their massive heads and prominent rounded foreheads. It is a cosmopolitan species, which is globally found in all major oceans.

These whales are considered the largest predators on earth and feed on a variety of fish and invertebrates.

Sperm whales, it is believed, can dive as deep as 3,280 feet and can hold their breath for up to 90 minutes on such dives.