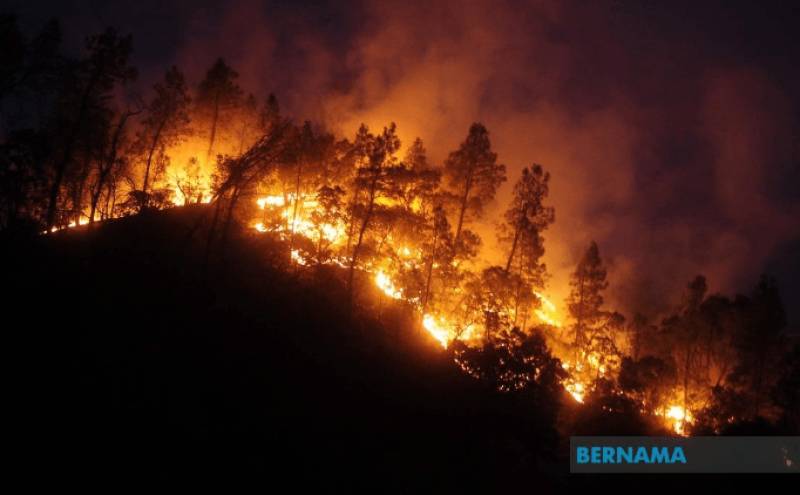 CALIFORNIA - Dozens of people were reportedly missing and thousands are being evacuated as huge wildfires spreading through the western part of the US have claimed 23 lives and destroyed millions of acres of land.

According to international media details, at least 102 major blazes have ravaged 4.4 million acres across 12 western states of the country where 19 deaths were registered in California, three in Oregon and one in Washington.

According to the US National Interagency Fire Center's latest update, critical fire weather conditions are expected to last across the West Coast due to gusty offshore winds amid a dry airmass.

Oregon authorities said that over half a million of state residents, equivalent to the 10 percent of the state population, were forced to leave their homes in the wake of the out-of-control wildfires.