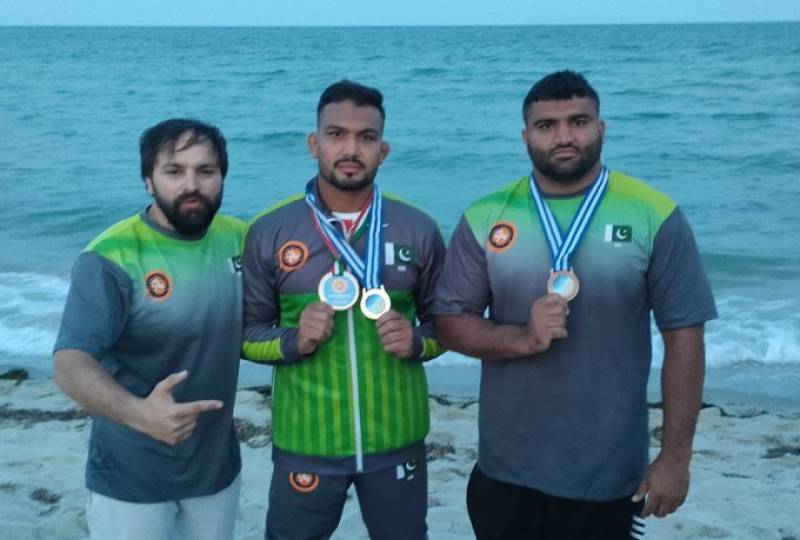 This was the second consecutive gold medal for Butt in this year’s Beach Wrestling World Series. He had earlier won the second tournament in Rome as well.

Butt, who downed Romania’s Mihai Nicolae Palaghia in the quarter-final and Ukraine’s Oleksii Yakavochuk in the semi-final, defeated Azerbaijan’s Ibrahim Yusubov in the final to win the gold medal in the 90kg weight category.

The fight was 2-2 in the allocated time but Butt was declared the winner as he had secured the final point in the fight.