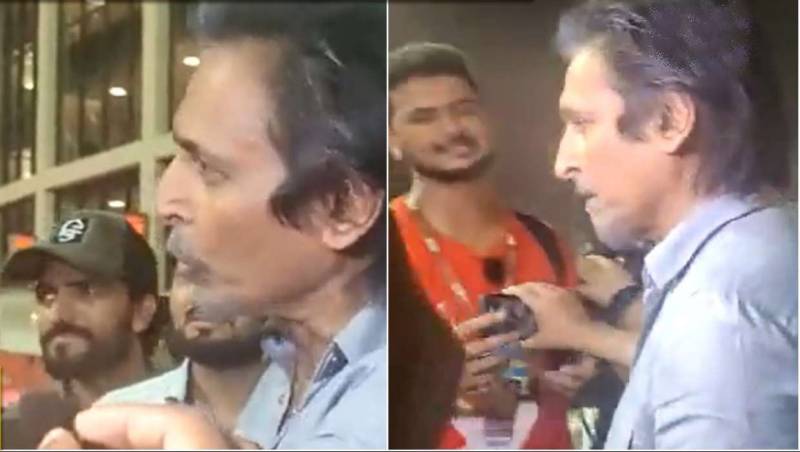 DUBAI – Pakistan Cricket Board (PCB) Chairman Ramiz Raja was miffed and responded fumingly to the Indian correspondent after Pakistan’s loss in the Asia Cup 2022 final.

The Indian journalist apparently tried to embarrass Ramiz by asking about fans' sentiments after Pakistan's loss on the big stage.

The journalist asked if cricket fans wouldn't be happy after Pakistan’s loss, and Ramiz responded, you must be from India and will be very happy now that our side has lost.

The PCB chief irked by the triggering question added your people [Indian] must be very happy. Both continued the argument for a while before the former cricketer turned analyst walked away to answer some other media person's question.

Babar XI was humbled by a dominant Sri Lanka on Sunday night in Dubai where Team Green lost by 23 runs while chasing 171.

Pakistan’s top batters failed to match up to the intensity of the high-octane clash and were bundled out for 147 in the tricky chase. Rizwan remained the top run-getter as he scored 55 runs while others failed to display better cricket.