Gulabo showcased on the first day of Fashion Pakistan Week 2016 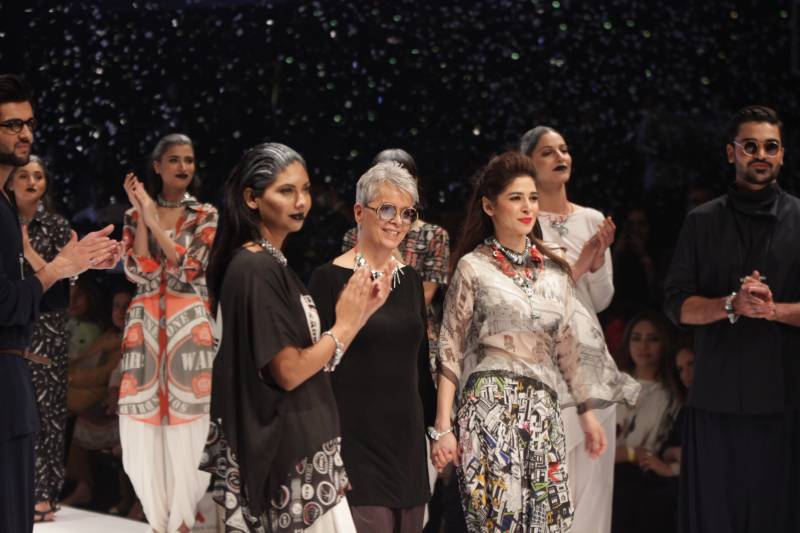 Titled “I AM Karachi” the Gulabo Spring Summer Collection’s inspiration is the city of Karachi and the world. The city that has heart. Where art, architecture, cuisine and fashion of the world are embraced with open arms.

Where the sea offers its gifts of flavors from far off places, flavors that blend deliciously with our rich, homegrown traditions. Where the east and west actually do meet! Simply Gulabo!

“The collection that we are showcasing at FPW is inspired from Karachi.” Maheen Khan, the CEO of Gulabo explains.

The styling and jewelry for the Gulabo FPW 2016 showcase is by the uber talented Aarij Hashimi, and the collection has been designed by Maheen Khan and Waqaruddin, Gulabo design assistant. The collection was incorporated with jumpsuits and separates that was very of the Gulabo signature style.

Ayesha Omer opened the show for Gulabo with other models walking the ramp like Shahzad Noor, Sunita Marshall and many others while having Areeba Habib as the showstopper of the show.