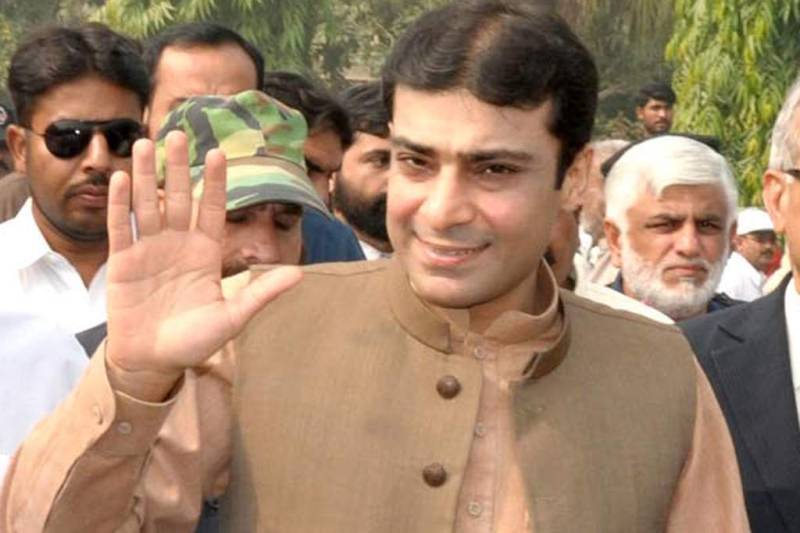 Addressing a press conference in Lahore, Hamza unleashed a tirade of allegations against DG NAB, Shehzad Saleem and said the bureau has joined hands with the government against him, Sharif family and his party.

'I was watching on the television when you walked up to our office. I feel bad about it. Your father [Shehbaz Sharif] has put in a lot of effort. Why don't you engage the government to ease us off this burden,' Hamza quoted the DG NAB as saying.

The Opposition Leader in the Punjab Assembly continued that the Director General of the NAB requested him to withdraw the resolution [submitted in Punjab Assembly] about his degree following which he [Hamza] would not receive any call-up notice.

'How can I withdraw the resolution as its the talk of the town,' Hamza revealed while narrating his conversation with the NAB officer.

The politician narrated that the DG NAB inquired him about the reason for securing ten-day bail from the Lahore High Court.

'We did not want to arrest you,' Hamza quoted the NAB DG as saying.

The PML-N leader requested the Supreme Court to take notice of the NAB actions adding that the entire system has frozen due to NAB actions.

The lawmaker said that the investors were reluctant to visit the country as they were scared of NAB.

'I have been summoned again on April 15 and 16 and my sisters have also received the notices,' Hamza revealed in the presser.

The National Accountability Bureau rejected the allegations about the degree of its DG on Saturday, saying the Higher Education Commission had already validated the degree.

'Hamza Shehbaz should respond to the allegations against him. DG NAB had not talked to the politician about his degree,' bureau stated in his press release.

The anti-graft body said it had received tangible evidence about the money laundering pertaining to Hamza Shehbaz and his family.