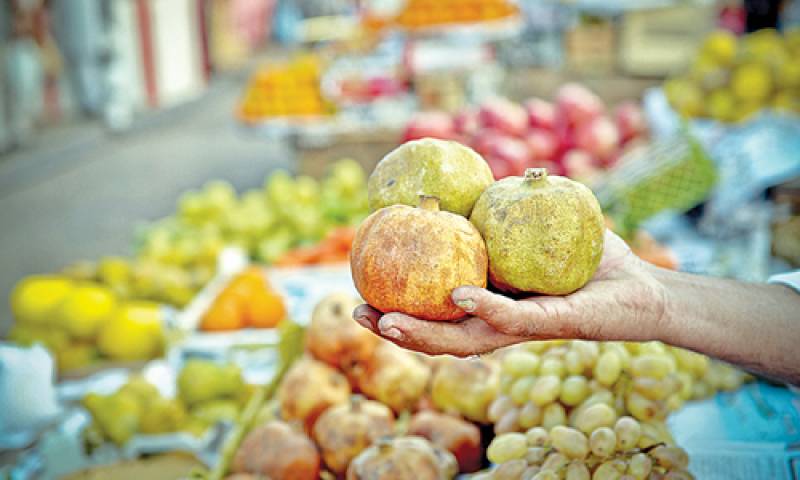 LAHORE/KARACHI - People around the country are observing a three-day strike against fruit vendors for overcharging during Ramazan and the effect of the campaign, which began on social media, was quite evident on its second day on Saturday.

During Ramzan, Lahore fruit markets are usually crowded and see a lot of clogged traffic, but on Saturday afternoon, the markets were largely empty with fruit vendors complaining that the boycott was totally unjustified and misplaced.

The fruit vendors who are witnessing a striking difference in customers said that the outrage at fruit vendors was completely blown out of proportion.

The citizens of Karachi also found some relief on the second of a three-day fruit boycott, as the price of fruit was lowered by up to 40 per cent after street vendors saw minimal market activity, according to Dawn.

Karachi Consumer Association Chief Kaukab Iqbal told Dawn that there were fewer buyers on the street, the usual hustle and bustle of Saturdays was missing.

Iqbal added: "Street hawkers that previously refrained from displaying the price of fruit on their carts were now calling the rates out loud in an effort to attract customers."

Iqbal said that the price of bananas had been lowered to Rs 80 even though the price on the list was Rs100 and hawkers had been selling them at as high as Rs180 the previous day.

"For now the price of fruit has gone down by at least 40pc but the commissioner is also to be blamed here for setting the price of fruit higher than necessary. The rate for bananas, for example, has been set at Rs100 when it is unjustified, as bananas do not have a transportation cost as high as other fruit," Iqbal added.

"The boycott is completely wrong as the wholesalers and retailers are the real culprits behind excessive prices," said one fruit vendor in Lahore.

The vendors in Lahore said the authorities have failed to control the price of edible items and that there is no mechanism installed to keep the prices low and fixed. "We ourselves are the victims of exorbitant prices," told one vendor to Daily Pakistan.

Street vendors were unhappy with the call to boycott fruit by civil society in the wake of a 300pc hike in fruit prices during the month of Ramazan. Most street sellers believe that the boycott is causing them losses while the gross-sellers remain unaffected by the boycott.

The street hawkers said there was 50 percent decrease in their sale. "I used to earn 20 thousand rupees per day, now I am only earning 8 thousand and it's getting worse," lamented one vendor.

The boycott has however met with mixed reactions from the public. Some ardently support it.

I agree with #FruitStrike but 3 days are not enough. It should be long for prolong results. At least 7 days.

Donot underestimate the power of a common man dear Fruit Chaat ....
Will meet you on Monday.#FruitBoycott

Others feel it targets poor sellers instead of wholesalers and retailers who are the real culprits behind excessive prices.

#FruitBoycott of this guy who has some Offshore companies, a billionaire ex wife, some aqatri friends and a defence society. pic.twitter.com/xo15e8C6xh

I will buy fruit from the vendor and pay him a little extra today. Don't punish the poor. #Boycott is a petty bourgeoise shenanigan.