Lahore kidnapper gets caught red handed by the people, almost beaten to death 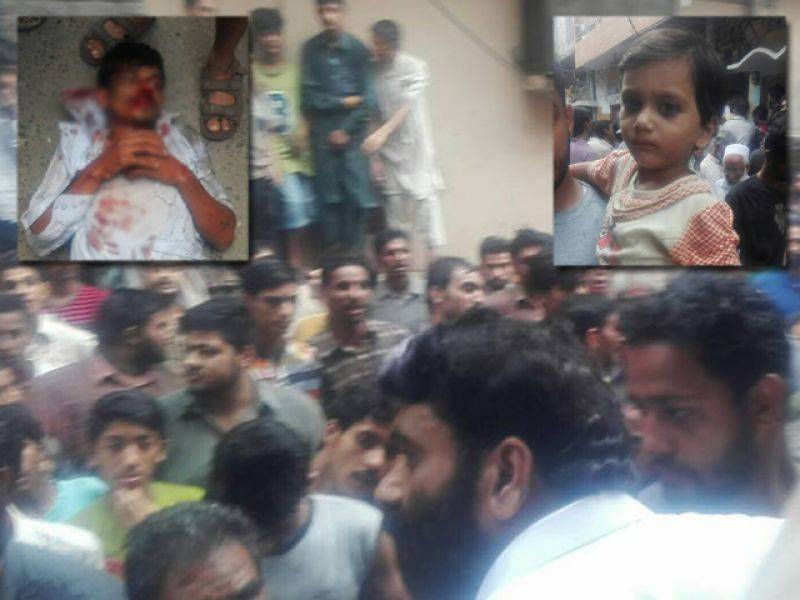 LAHORE (Web Desk) - Residents of Lahore have become extra cautious after a rise in child kidnappings and owing to the same vigilance an alleged child lifter was caught red handed by locals who was then brutally thrashed, almost beaten to death.

The incident happened in Malik park area of Bilal Gunj Lahore where a gang comprising of three members tried to kidnap a 3-year-old girl but his father rushed to the spot foiling the lifters bid.

The kidnappers upon resistance by girl's father opened fire at him, injuring him badly. Meanwhile, people from neighbourhood reached the spot and caught a kidnapper while two others managed to flee the scene.

The locals then took their frustration out and tortured the kidnapper badly. Reportedly, they tied a rope around his neck and dragged him across the street. The kidnapper was later handed over to Police in a critical condition. Police recovered a pistol from him as well.