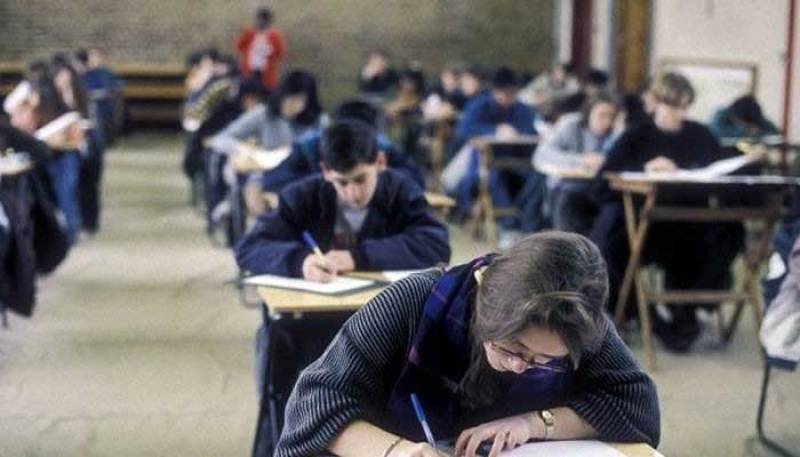 On August 11, as many as 550 schools in Pakistan had received results of students who opted to take part in international courses including O/A level programmes.

The Cambridge International in March had announced to cancel all examinations due to coronavirus pandemic and decided to grade students on the basis of their previous remarks.

However, students say the international body adopted discriminatory attitude towards Pakistan students as they were downgraded in the recent results, devastating their future.

Due to poor grades, thousands of students would be unable to get admission in medical and engineering colleges and other institutions.

A student, Mustafa Ayub, told that their exams scheduled in April-May were cancelled due to Covid-19, announcing that they will be graded on the basis of performance in the schools.

“But we got our results two days ago and majority of students have been badly down marked,” he said, adding: “My predicted grades were As and Bs but I got two Dc and a U, and failed to meet a criteria for medical entry test. I was preparing for MCAT since May but I am no longer eligible for it due to poor marks”.

Most of the students are forced to take a year gap to revise their grades, he said, adding: “Other option is that CAIE will take exams after a month and we have to prepare for it in thirty days after paying the fee again”.

Mustafa Ayub also shared a picture of an email, saying his admission to a university has been cancelled due to bad marks. 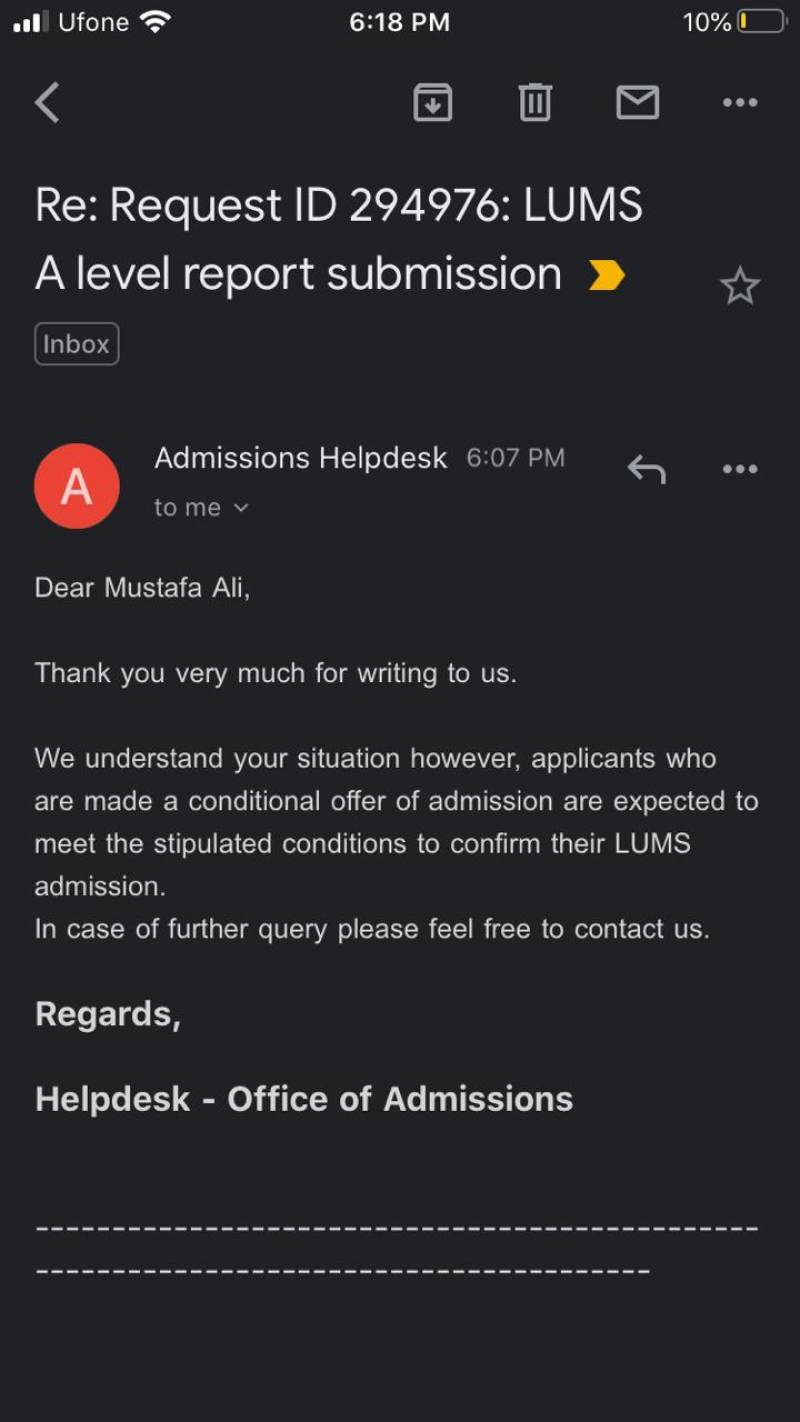 “We are also contacting to the schools but did not receive any response,” he said.

Parents of the students also expressed concerns over the results.

They have announced to hold sit-in and protests at different places in Islamabad and other cities if they are not heard.

Meanwhile, Punjab Education Minister Murad Raas came forward in support of the students. He said in a tweet, “CAIE has been completely unfair with our Children. Right now I am requesting Cambridge to fix the grading problem. If they don’t, I will go after them with everything possible. I am standing with our Children”.

Later, he tweeted that he held talks with “Cambridge Country Director Ms Uzma. She has asked for a few days to let me know which options are available for our children”.

UPDATE:
Talked to Cambridge Country Director Ms Uzma. She has asked for a few days to let me know which options are available for our Children. Let’s be a little patient and see what Cambridge comes up with. I am hoping they will be sensitive to the situation. Stay Tuned.

“Let’s be a little patient and see what Cambridge comes up with. I am hoping they will be sensitive to the situation,” he concluded.

CAIE officials were also approached but no any response has been made yet.