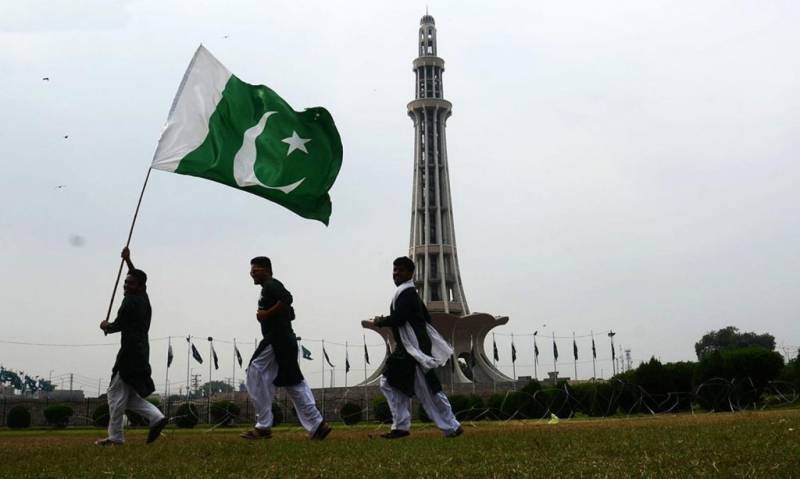 ISLAMABAD – The nation is set to celebrate Independence Day tomorrow with zeal and zest.

Streets and roads all across the country are blooming with the green and white display ahead of 14th August that marks independence from British colonial rule under the Partition of 1947.

Number of stalls displaying national flags, bunting, pin badges, green and white dresses, toys and other accessories have sprung up as the day nears.

Special security measures have been taken at major avenues across the country to enforce and maintain law and order during Independence Day celebrations.

The government of Pakistan Tehreek-i-Insaf (PTI) has renewed resolve to work with the spirit of Pakistan Movement to make the country a true Islamic welfare state.

In his Independence Day message, Punjab CM Usman Buzdar expressed solidarity with oppressed Kashmiris of Indian who illegally occupied Jammu and Kashmir and asserted that no power on the earth could separate Kashmiris from Pakistan.

“Today, we also remember the martyrs and the nation should stand united for collective betterment while following the golden principles of unity, faith, and discipline of Quaid-e-Azam,” he added.

The chief minister said every citizen should pledge to make Pakistan great and prosperous with diligence.