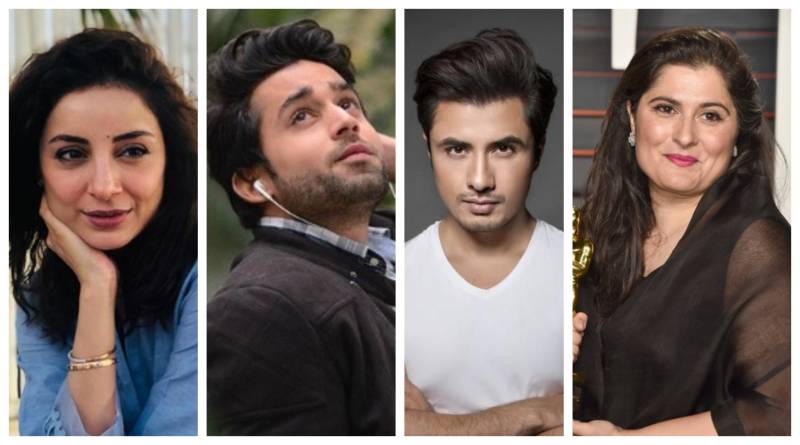 A UK publication has recognised four Pakistanis in its list of Top 50 Asian Celebrities of 2020.

Eastern Eye has placed Sawart Gilanni at 21st, lauding her for a performance on screen, in particular to hit series Churails.

"With the electrifying drama, she opened the door for a new era of TV content in Pakistan box and consolidated her position as a feminist icon," the description read.

"With some more high-profile projects on the way, Khan looks like the future of Pakistani film and television."

Taking 39th spot, Pakistani singer, actor, musician and humanitarian Ali Zafar "saved the Pakistani cricket league this year by giving them a better anthem than they had."

"He also promoted new talent with his record label. More meaningful was the immense humanitarian work the actor did for those who were suffering during Covid-19. His actions inspired others and consolidated his star credentials."

Sharmeen Obaid Chinoy has been secured the 49th spot for her work on Sitara.

The Oscar-winning director was praised for using her work to "raise awareness about social issues, nurture new talent and gain international attention for her work".