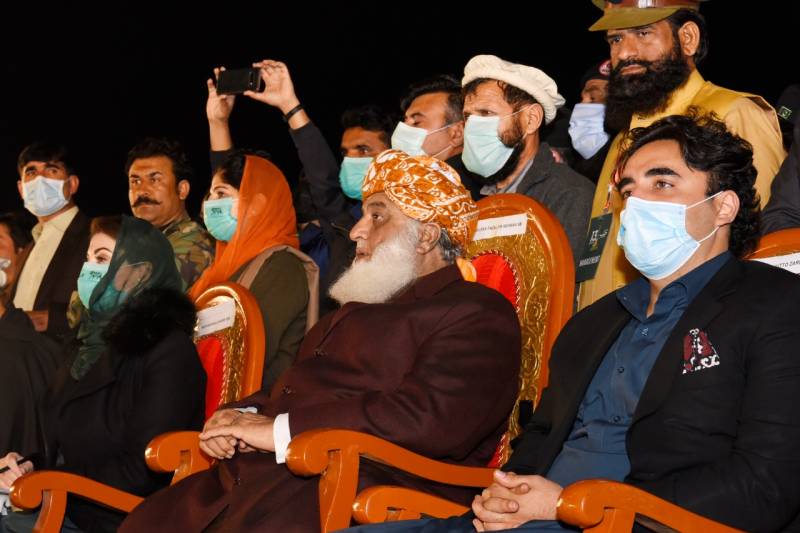 LAHORE – Leaders of the Pakistan Democratic Movement (PDM), an alliance of Pakistan’s main opposition parties, have announced they will march on the capital in the start of next year to oust the "selected" and "ineligible" government of Imran Khan-led Tehreek-e-Insaf.

Addressing a large gathering at Minar-e-Pakistan, Pakistan Peoples Party chairman Bilawal Bhutto said "the time for dialogue is over now" and they will soon take a long march towards Islamabad. "You have to accept the peoples' decision," he said in his fiery speech from the centre stage in the Greater Iqbal Park. "Selectors you must hear this: We are coming to Islamabad," he declared. 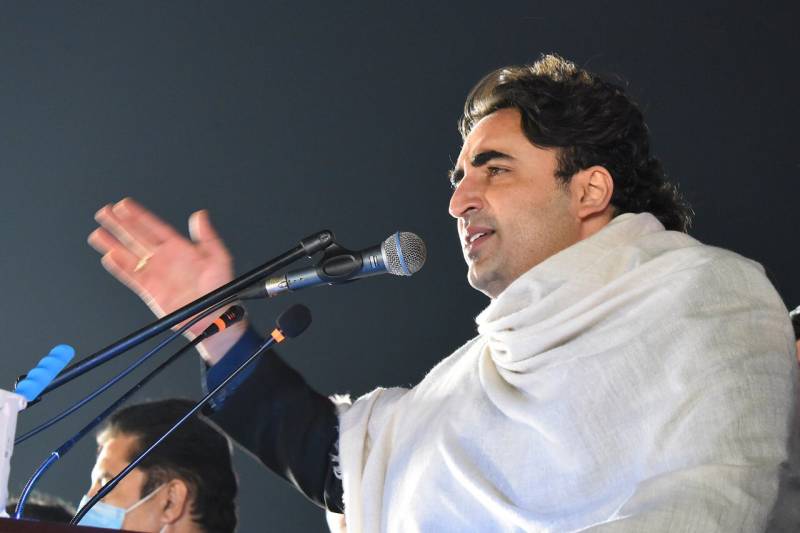 Fazlur Rehman, who is heading the 11-party opposition alliance, spoke in the end, warning the "Establishment of a major confrontation with the public".

The JUI-F chief also addressed the crowd and said: "The wounds inflicted by the rigging done by the establishment for this illegal government, the dirty role they played [to sieze] this illegal power are getting deeper."

Rehman further said that he wanted to "alert and caution the defence forces and their leadership [...] to move out of the people's way and let them reach Islamabad".

"In the coming days, I see anarchy in the country. We should handle matters before heading towards anarchy," he said.

Thousands of political workers and supporters from PML-N, PPP, and JUI-F had been rallying for the sixth and final public meeting since the start of this month.

A large stage was set up on the steps of Minar-e-Pakistan for the leaders amid power backup and sound system.

Lahore is abuzz with a massive show of power by the Pakistan Democratic Movement (PDM), an opposition alliance of 11 ...

A bomb disposal squad remained present during the event after a security threat alert was issued by the police earlier this week.

This is the first time in the recent history of the country that the PML-N held a public meeting at Minar-i-Pakistan, the first rally at this venue for party's vice president Maryam.

LAHORE – Police on Saturday warned the senior leadership of the Pakistan Democratic Movement of a possible ...