Who is this new DJ going to rock PDM rally in Lahore tonight? 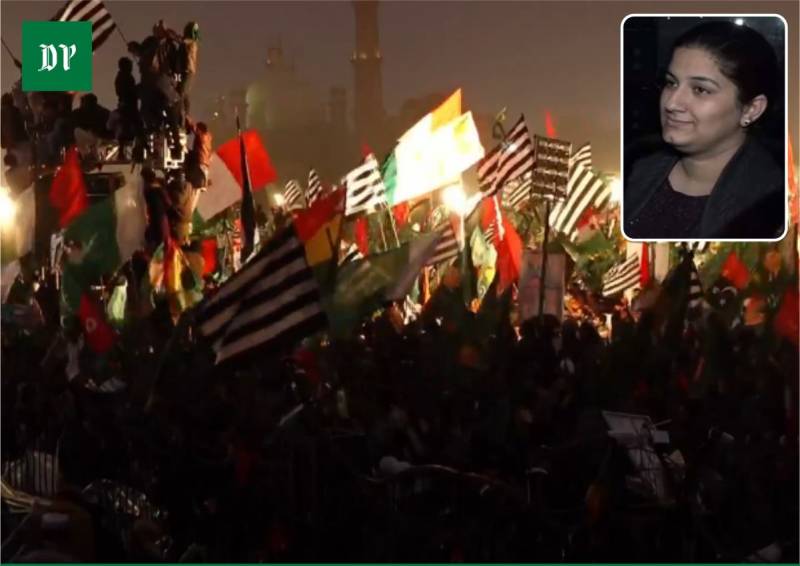 Lahore is abuzz with a massive show of power by the Pakistan Democratic Movement (PDM), an opposition alliance of 11 parties led by the Pakistan Peoples Party (PPP), Pakistan Muslim League-Nawaz (PML-N) and Jamiat Ulema-e-Islam.

It is a mix of ideologies, ethnicities, and politics. The spectrum may be wide, but the demand is concise: Imran Khan has to go, and his ‘selectors’ have to decide. And, to warm the blood of their supporters and workers, the PDM organisers have hired a woman, famous as DJ Kiran Butt, to fuel the rock concert-like atmosphere of these political protests.

Talking to local media ahead of the jalsa, DJ Kiran Butt said they are only interested in their business not politics. Condemning the arrest of DJ Butt, who previously rose to fame from the 2014 sit-in of Imran Khan-led PTI, Kiran added the PDM organisers had booked her DJ system some two months ago.

LAHORE – Soon after his release on bail Thursday, DJ Butt appeared in a video and criticised Prime Minister Imran ...