Did Saudi Arabia ban Tableeghi Jamaat? Here’s all you need to know 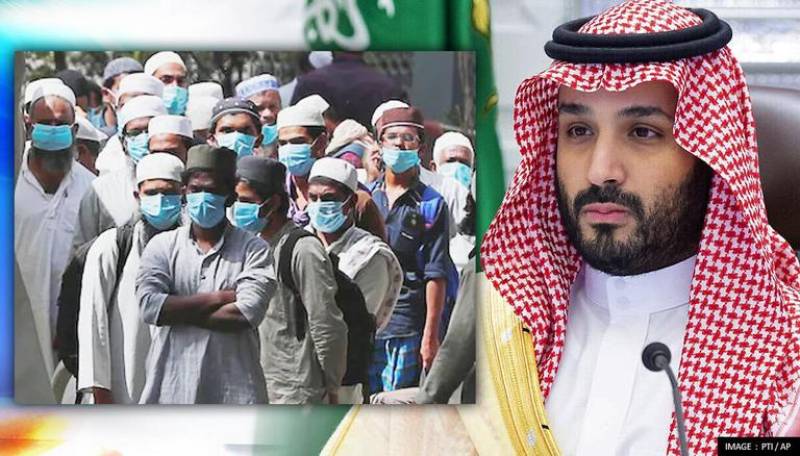 Indian media, which act as a puppet of Hindu nationalist party BJP, has a long story of spreading fake news which was refuted repeatedly, and this time the group carried dozens of stories claiming that the Kingdom’s Ministry of Islamic Affairs has called upon its mosques to allocate the next Friday sermon to warn against the group’s misguidance, deviation, and danger.

In reality, the group that is mentioned is not Tableeghi Jamaat which continues its operations from the South Asian region but the tweet shared by the Saudi Ministry of Islamic Affairs mentioned a group named Al-Ahbab [The Tablighi and Da’wah Group] which is reportedly a militant group having tentacles in the largest country in the Middle East.

His Excellency the Minister of Islamic Affairs, Dr.#Abdullatif Al_Alsheikh directed the mosques' preachers and the mosques that held Friday prayer temporary to allocate the next Friday sermon 5/6/1443 H to warn against (the Tablighi and Da’wah group) which is called (Al Ahbab)

The stories posted by Indian media outlets didn’t mention the Al-Ahbab group which Kingdom said is one of the gates of terrorism, even if they claim otherwise. The group is said to be an offshoot of Al-Qaeda.

Meanwhile, the Islamic seminary Darool Uloom Deoband, which is credited with initiating one of the most influential global Islamic networks, has condemned the reported decision of Saudi Arabia to ban the Islamic missionary movement.

Another major factor that debunks the Indian propaganda is that no leading publication of the Middle East or Western country reported such claims.

Last year, Indian authorities blamed the discovery of COVID-19 with Tableeghi Jamaat members which led to a vicious hate campaign not only against the organisation but also Muslims in general, who were accused by a large section of mainstream media of being solely responsible for the novel virus outbreak in the South Asian country.

Indian newspaper dubbed Tableeghi Jamaat members as ‘super spreaders’ and accused them of carrying out a ‘corona jihad’ to deliberately spread the virus.

As misinformation and conspiracy theories flooded media platforms, there were even calls for a social boycott of Muslims, followed by attacks on Tablighi Jamaat members across the country.

The campaign against Tableeghi Jamaat all over India, and by extension against all Muslims in the country, was a byproduct of the hate politics of the ruling dispensation helped by the lapdog media and an army of social media workers.

ISLAMABAD – Pakistan has condemned the unjust demolition of the historical Bilal mosque in the Indian state of ...