Muslims barred to pray in open spaces in India’s Haryana 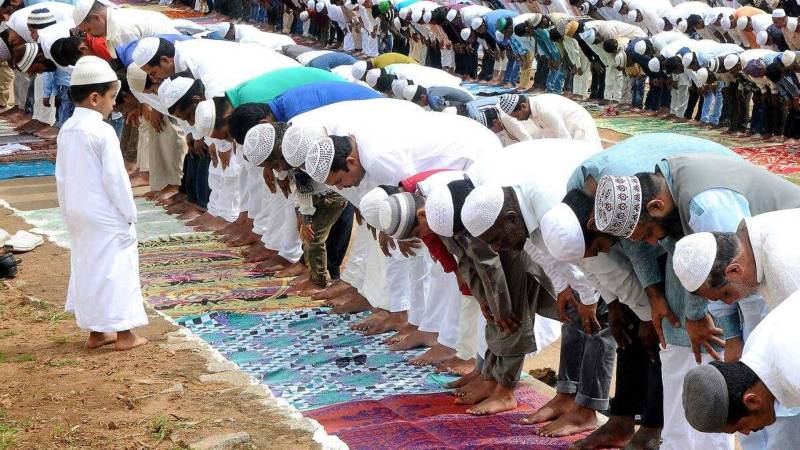 NEW DELHI – Amid rising Islamophobia in second-most populous country, the chief minister of a major state barred Muslims from a religious obligation saying ‘Namaz in open spaces will not be tolerated’.

Haryana chief minister ML Khattar, who belongs to India’s fascist ruling party BJP, exposed India's intolerant side saying Muslims should only pray at designated places or in their homes.

The right-wing Hindu leader restricted Muslims to pray in open weeks after the state revoked permission to offer Friday congregational prayers at eight of the 37 public grounds in Gurugram.

He also added that the provincial administration would work out an amicable solution that doesn't encroach on anyone's rights.

“We don't have problems with anyone praying at places of worship. Those places have been built for this purpose,” Indian media quoted BJP leader as saying. “But these should not be done in the open. We won't tolerate the custom of offering Namaz in the open,” he opined.

Indian media outlets, that are said to be puppets of Indian extremist PM, relate prayers offered by Muslims in the open on government-owned to vociferous protests by right-wing groups.

On Thursday, Muslim groups in the Indian state had reiterated their obstinacy to offer namaz on Friday at all 37 objected public grounds which have been occupied to offer prayers.

BHOPAL, INDIA — A group of Hindu extremists forced a Muslim woman riding pillion on a scooter to remove her hijab ...

On the other side, Hindu groups even issued an ultimatum to the authorities, saying they would stop Muslim prayers themselves if the officials fail to do so.

Meanwhile, Muslim residents claim there are no mosques in many of the areas where they can offer Friday prayer.