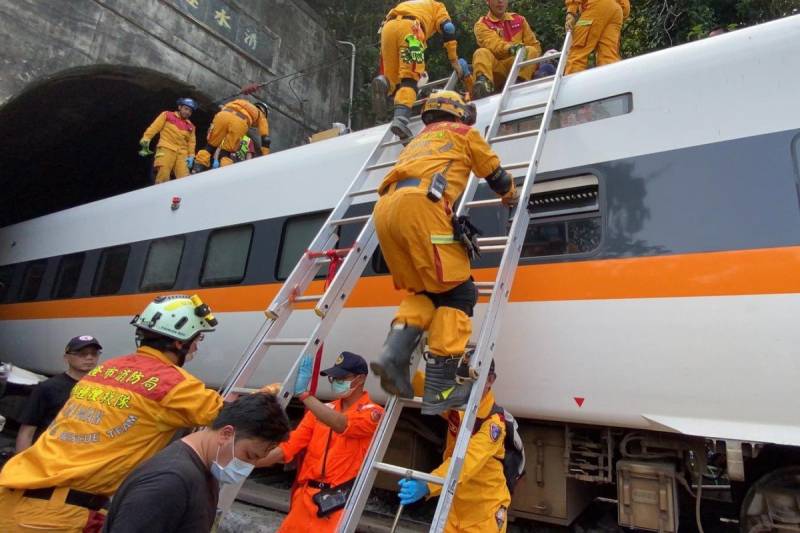 TAIPEI – At least 40 people were killed and nearly 70 others sustained injuries when a Taiwan train derailed in a tunnel on Friday.

The train travelling from Taipei to Taitung carrying many tourists and people heading home at the start of a long weekend, came off the rails north of Hualien in eastern Taiwan, the fire department said.

According to the fire department, the train was travelling from Taipei to Taitung when it came off the track in eastern Taiwan. As a result, more than four dozen people died and dozens sustained injuries.

The train was carrying around 350 people, the fire department said. Taiwan media said many people were standing as the train was so full, and were thrown about when it crashed.

COPENHAGEN – At least six people were killed and 16 were injured in a train accident on a bridge connecting two ...