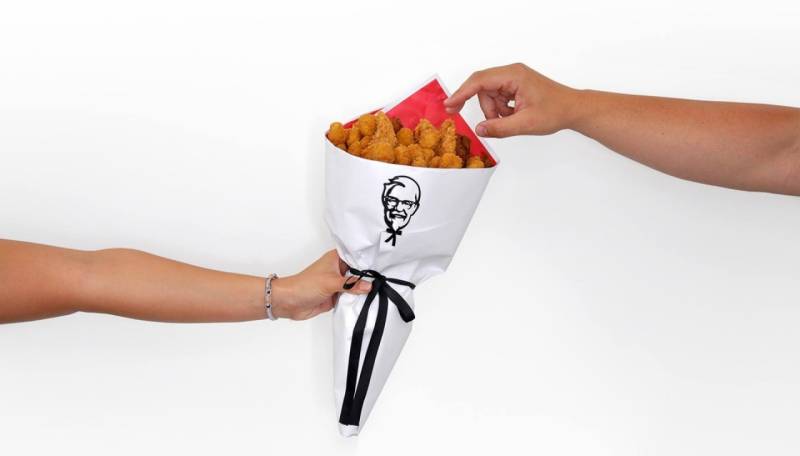 AUCKLAND - Kentucky Fried Chicken (KFC) is going to release a limited number of bouquets to celebrate Valentine's Day, with each bouquet containing a mix of popcorn chicken, crispy strips and original recipe drumsticks.

The American fast-food chain claims its new fried chicken bouquet smells and tastes better than any bottle of perfume or bunch of flowers.

KFC have 20 of the bouquets to give away to lucky KFC lovers on February 14. Facebook fans of the chain can enter to win two of the bouquets online, to pick up at the restaurant on Quay St, Auckland, New Zealand.

The other 18 will be hand-delivered to "known KFC-lovers", according to a spokesperson.

It's not the first time the fast food chain has come up with a novel gift idea. Last year KFC released a limited-edition chicken candle and chicken-flavored edible nail polish. 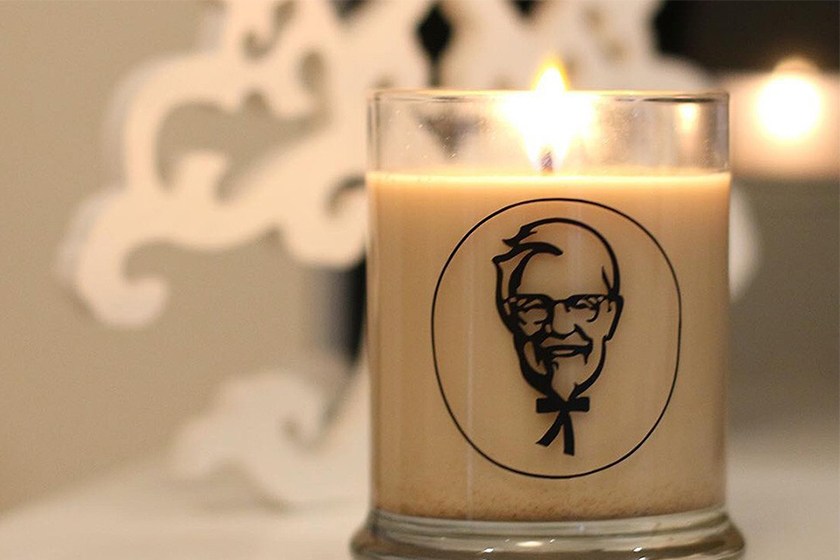 Also, last week, the fast food giant came up with a mashup – ‘Chizza’.

“All chicken, no crust” as KFC describes it, the chizza is “100% chicken fillet marinated, perfectly seasoned and cooked to a glorious gold, then layered with delicious pizza toppings such as pizza sauce, chicken ham, pineapple chunks, mozzarella and topped with signature KFC cheese sauce.”

This new item is exclusive to Singapore.