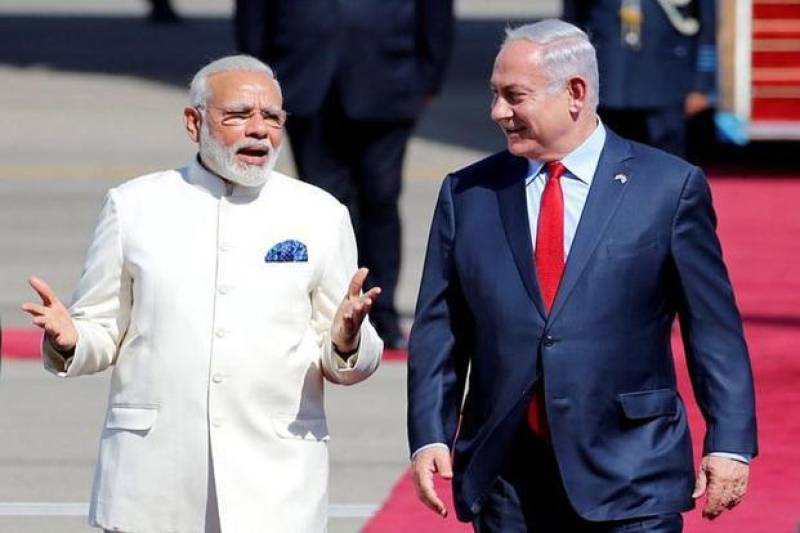 NEW DELHI - Israeli Prime Minister Benyamin Netanyahu will begin a six-day visit to India on Sunday, weeks after New Delhi voted against Israel at the UN General Assembly on the issue of Jerusalem.

The tour will be closely watched by Pakistan in the neighbourhood and by Iran and Saudi Arabia in the Middle East where India has gained prominence in recent months.

According to a statement issued by Israeli embassy, Mr Netanyahu will arrive in New Delhi on Jan 14 and depart from Mumbai on Jan 19.

"The visit will include New Delhi, Gujarat and Mumbai," it said.

During his visit, Mr Netanyahu will hold meetings with Mr Modi and Minister of External Affairs Sushma Swaraj. In addition, he will give an inaugural speech at the Raisina Dialogue and meet with the Indo-Israeli CEO forum in Delhi.

NEW DELHI - Narendra Modi is set to become the first Indian prime minister to visit Israel on Tuesday to boost the ...

Let it be known that India voted against Israel during a session of United Nations in December, however, Modi's counterpart seems to be giving two hoots to the move.

"Well I would have preferred a different vote to be frank but I don’t think it materially changes the tremendous flowering of relations between India and Israel," said the Israeli premier before starting the tour.

"I think everybody can see that. Modi's visit was a very important milestone in that. My visit to India is the other one," Netanyahu said on Wednesday.

When asked about the impact of India’s recent decision to scrap a half a billion dollars defence deal related to the development of spike antitank guided missiles, the Israeli leader responded, "I think you are going to see an expansion of economic and other ties regardless of this or that deal".