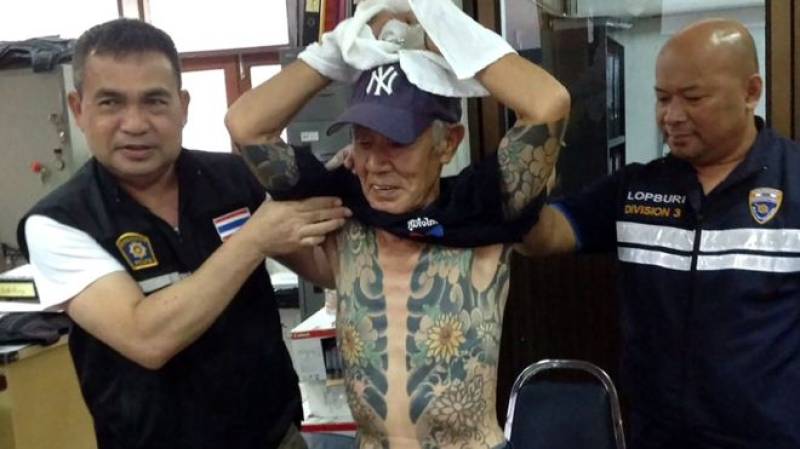 BANGKOK - Thai police have arrested a retired Japanese mafia boss who has been on the run for 15-years after his tattoos pictures went viral on social media.

Shigeharu Shirai of Yakuza criminal organisation is accused of murdering a gang rival in 2003.

The 72-years old criminal was apprehended while he was shopping on Wednesday in the central market town of Lopburi.

The mafia-like yakuza gangs have been part of Japanese society for centuries and have an estimated 60,000 members.

While the gangs themselves are not illegal, much of their earnings are gained illicitly through gambling, prostitution, drug trafficking and cyber-hacking.

When the pictures of Shirai went viral they caught the attention of Japanese police who requested his arrest.

Police detained him in the town of Lopburi, north of Bangkok for visa violations, and he will be extradited to Japan to face the murder charges.

According to Thai police, he admitted he was a member of a yakuza gang but did not confess to the 2003 murder. He fled Japan for Thailand in 2005.

The Facebook pictures show an old and frail-looking man with his entire back and most of his chest covered in tattoos.