CPEC: Rashakai Special Economic Zone to be inaugurated in first quarter of 2019 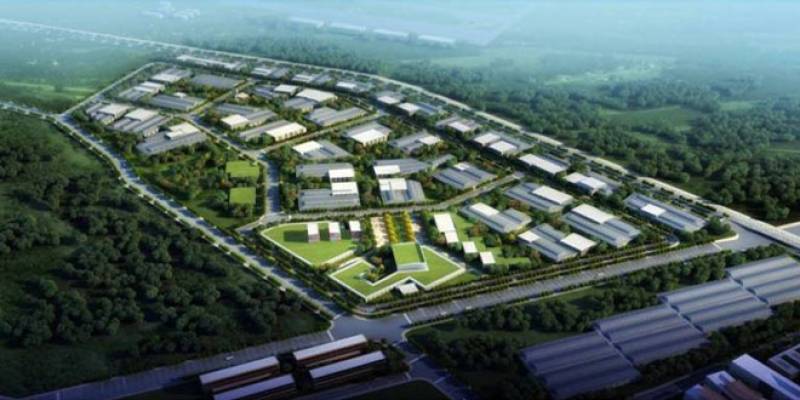 BEIJING – Rashakai, one of the nine special economic zones prioritised under the China-Pakistan Economic Corridor (CPEC) framework, is likely to start commercial operation during the first quarter of this year.

The two sides are negotiating details on the implementation of the Rashakai Special Economic Zone, which will be inaugurated as early as the first quarter of 2019, official sources said on Sunday.

During the 8th Joint Coordination Committee (JCC) meeting held in Beijing last month, China’s National Development Reforms Commission (NDRC) and Pakistan’s Board of Investment (BOI) signed the Memorandum of Understanding (MOU) on industrial cooperation, which will facilitate the cooperation in this regard.

In November 2015, Pakistan proposed to set up an industrial cooperation working group under JCC, claiming that Pakistan has advantages such as adequate labour force and huge market potential to develop manufacturing.

In March and April 2016, Pakistan had sent two delegations to China for studying China’s best practice in SEZ development. In November 2016, the two sides established the joint working group and held the first meeting on industrial cooperation, during which the two sides agreed to work out the mechanism, key areas of cooperation and key projects.

Later on, in the 6th JCC Meeting in the same month, Pakistan had submitted a list of nine special economic zones to China.

From 2017 to 2018, China’s expert panel had three successive on-site visits to nine proposed special economic zones, trying to make a comprehensive analysis and proposal on the strategy of industrial development for Pakistan.

Through interactions with provincial governments, business associations and enterprises, the expert panel understood their demands in local development.

In early 2018, Islamabad had instructed BOI to formulate more accurately-targeted and more favorable policies on top of current preferential policies for two to three special economic zones that were to be listed as key projects under CPEC.

Under the CPEC, so far nine special economic zones have been identified to be established in different areas of Pakistan. One each in Punjab, Khyber Pakhtunkhwa, Balochistan and Islamabad, two in Sindh and one each in FATA, Kashmir, and Gilgit-Baltistan.