Afghan Peace possible when all stakeholders sit together: FM Qureshi 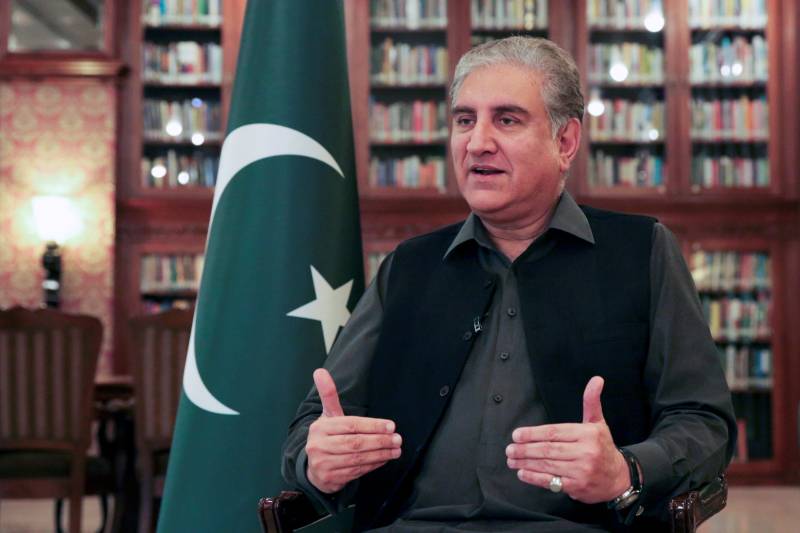 ISLAMABAD – Pakistan’s Foreign Minister Shah Mahmood Qureshi Tuesday said that peace in Afghanistan, ravaged by decades of war, will only be possible when all stakeholders sit together and negotiate.

Qureshi, who is in Dushanbe to participate in the Shanghai Cooperation Organization conference, spoke to a private news channel earlier today. Responding to the current situation in the war-torn country, he said “Peace in Afghanistan will only be possible if all the parties sit together and talk. Don’t repeat the mistakes of the past, and let’s find a solution together”.

Foreign Minister also announced a meeting with his Afghan counterpart on the sidelines of the SCO summit. “We too want peace in Afghanistan and I would try to understand how we can help them”.

“I would ask the Afghan counterpart for how long are they going to keep blaming outsiders to halt peace process”. Qureshi also mentioned that “I want to present my country’s narrative on the situation and benefit from their assessment.”

He went on to say that “I have meetings scheduled with the foreign ministers of Uzbekistan, Kirgizstan, Afghanistan, Russia, and China today”, he revealed that these are states who are not only monitoring the Afghan situation closely but also has a role to play in making things right.”

On Monday, a press release issued by the Pakistani Ministry of Foreign Affairs stated that Foreign Minister held a bilateral meeting with Tajik counterpart Sirojiddin Muhriddin on the sidelines of the Council of Foreign Ministers meeting of the Shanghai Cooperation Organization (SCO-CFM) in Dushanbe.

On the other hand, the insurgents have advanced in northern Afghanistan in recent days, as the authorities now hold little more than a constellation of provincial capitals that must largely be reinforced and resupplied by air.

KABUL — The top commander of the US Army in Afghanistan relinquished command at an official ceremony in the ...

On Monday, the top US general in the war-torn country also relinquished his command at a ceremony in the capital - the latest symbolic gesture bringing America’s longest war nearer to an end. The recent development has forced the evacuation of thousands of poor families who are forced to reside in the makeshift camps amid scorching hot weather.