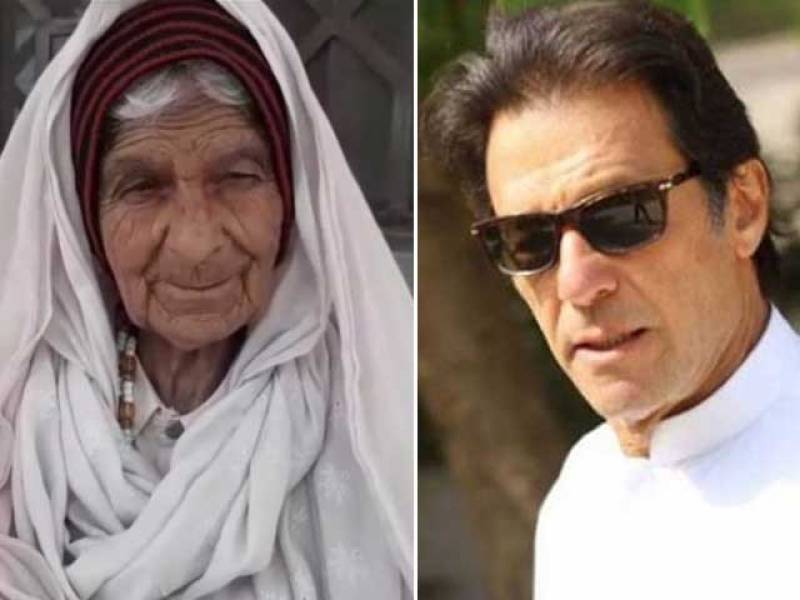 But, the old woman could not be able to take part in the polls as she lacks funds to submit the security fee, set by the Election Commission of Pakistan (ECP) for National Assembly nomination papers, local media reported.

PESHAWAR - Pakistan Tehreek-e-Insaf chief Imran Khan would be facing a strangely odd 97-year-old contestant in one of ...

She lamented that the fee for National Assembly seat has been increased to Rs30,000 from Rs3000. Hazrat Bibi also highlighted that the election body has set Rs20,000 for provincial assembly election while it was Rs2000 in the past.

“Failing to submit fee timely deprived me of the election battle,” she added.

The strangely odd contestant is not a neophyte in the political realm as she has previously contested five elections as an independent candidate - she did not emerge victorious in any of her previous struggles.

On the other hand, PTI district president Matiullah Khan and leader Malik Khalid Khan had filed Imran Khan's nomination papers for NA-35 with the local returning officer on Monday.

NA-35 is one of the most populous constituencies in KP with a population of 1,167,892.  Junaid Akbar of Pakistan Tehreek-e-Insaf won the 2013 elections from the said constituency by securing 51,312 votes.

There were also many who opposed the woman, considering her old age:

And one can always find trolls on the social media: