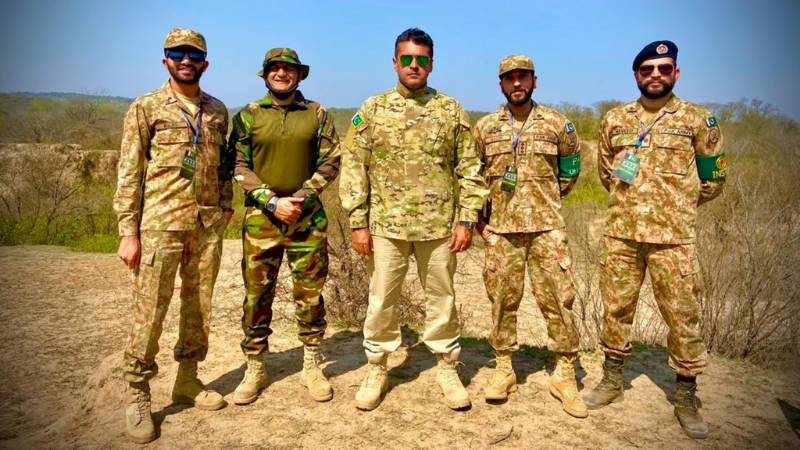 The Inter-Services Public Relations (ISPR), media wing of the Pakistan Army, has released the first episode of the reality show “60 Hours to Glory; A Military Reality Show”.

In Episode 1, the host of the show, Fakhr-e-Alam, introduces the gold medalist (team managers) to the viewers and establishes the secret of their success, which lies in their performance in PATS.

(https://www.army.mod.uk/news-and-events/events/2021/exercise-cambrian-patrol-2021/) is the premier patrolling event of the British Army, which is held every year in Wales (UK). The Pakistan Army started competing in the exercise from year 2006. Ever since, it’s a unique honour for Pakistan Army to have clinched 5 (five) Gold Medals in the contest.

Starting tonight don’t forget to watch 60 hours to Glory at 7:05pm on @humnewspakistan 7pm on @Humtvnetwork and 6:50pm on @PTVHomeOfficial join in to support your favorite teams, WIN to become a super fan & we will take you on a real life adventure. #PakistanZindabad pic.twitter.com/8rjTSP5qvX

Pakistan Army Team Spirit (PATS) Competition is designed to test tactical skills in physical and professional domains, evaluating responses generated in challenging real-time battlefield scenarios. The 60 hours long event subjects the teams to various cross-domain scenarios and encompass tasks including physical endurance, night navigation, minefield clearance, water obstacle crossing, close target reconnaissance and speed march. PATS commenced in year 2015 and ever since it has evolved into one of the toughest and most exacting tactical exercises of the world.

The Military Reality Show, 60 Hours to Glory, is a unique production, which will showcase the rigours of Pak Army’s training regime, portraying ‘Why We are the Best’. Following the intense competition of PATS-21, the events have been shot in real-time, with no enactment at all. The viewers will remain engaged in a roller-coaster production comprising 25 sensational episodes. The Show has been designed to stimulate the entertainment industry to produce an innovative stream of thrilling and adventurous content.