Over 50 killed by heavy rains in India's Tamil Nadu 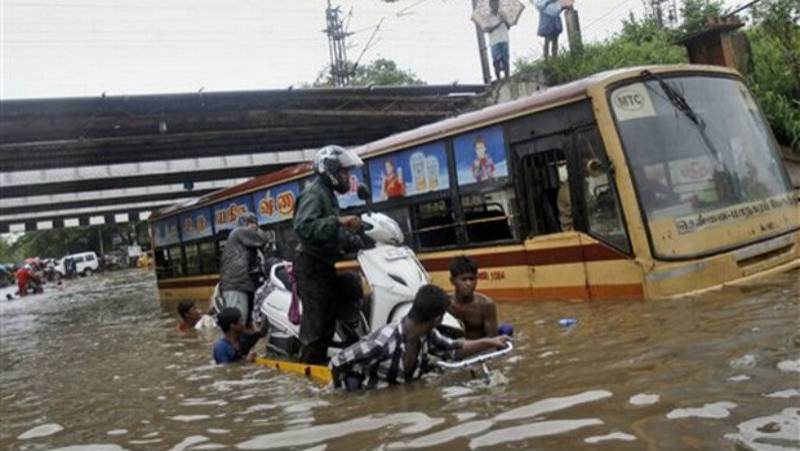 CHENNAI (Web Desk) - At least 55 people have died in Tamil Nadu in the last five days as heavy rain continued to lash several parts of the state, the NDTV reported.

Incessant, heavy rain has disrupted life in Chennai and other parts of Tamil Nadu on Friday, as the overnight downpour has left several areas flooded and thrown rail and road traffic out of gear.

District administrations in Chennai, Kancheepuram, Thiruvallur, Vellore and a few other places closed schools and colleges for the day. All examinations scheduled for Friday in Madras University were cancelled and the university said new dates will be announced later. 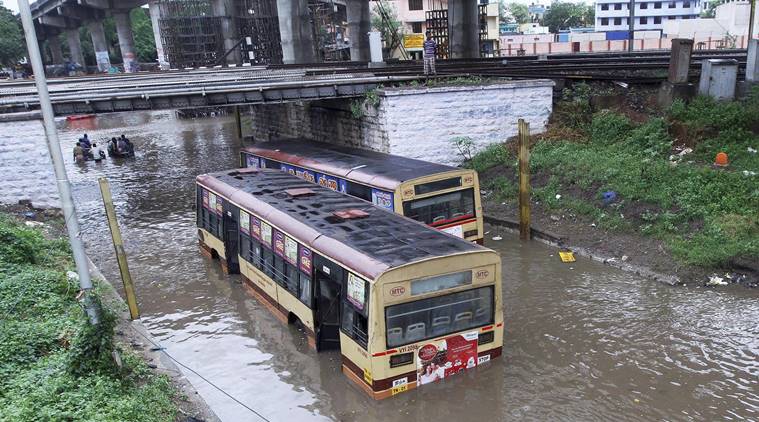 Continuous rainfall through the intervening night of Thursday and Friday also flooded railway tracks in and around Chennai, which led to the cancellation of several suburban services and delayed long distance passenger trains, the Times of India reported. 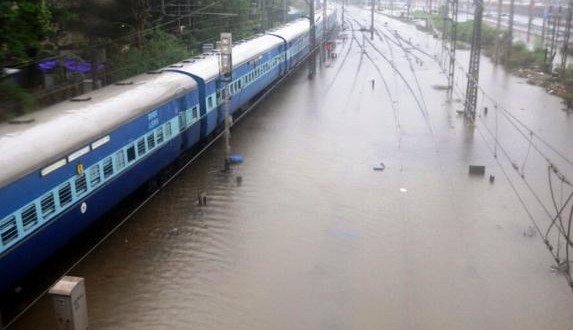 Nungambakkam in Chennai recorded 15cm of rainfall and Meenambakkam received 12cm until 8am on Friday. Office-goers were stranded due to water logging in many areas and those who braved the rain were stuck in traffic. 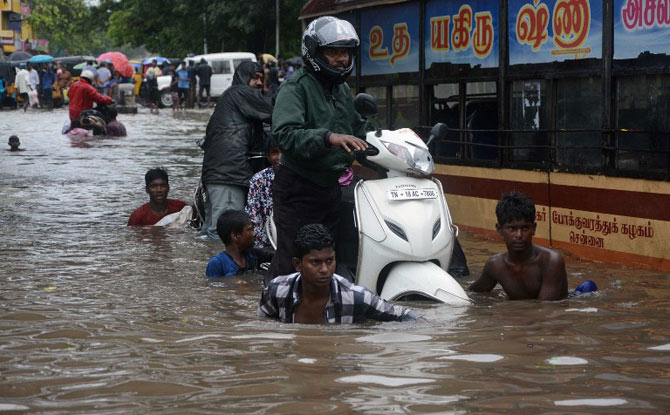 In south Chennai, lakes breached their banks and flooded the roads. 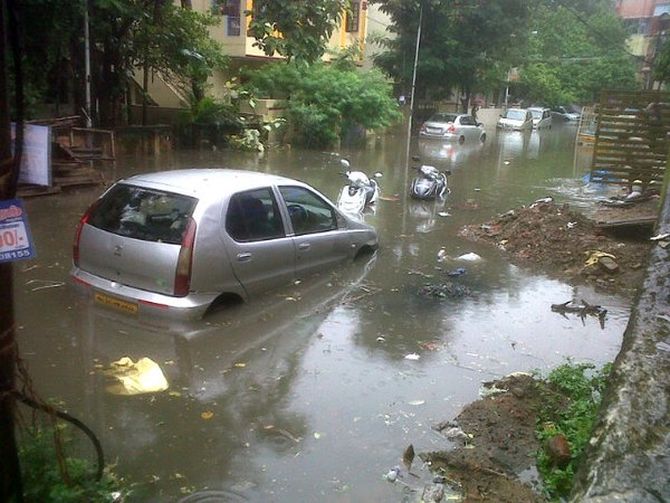 Some residents in Padikuppam took to the streets to protest the failure of the Chennai Corporation in taking any steps to prevent water stagnating. People living in Housing Board apartments in Teynampet also staged a protest after water entered their homes.

In addition, several areas had power cuts which were restored after the water receded.

A total of 12 suburban train services between Chennai and Gummidipoond and Chennai and Arakkonam were cancelled on Friday morning. Railway tracks in several locations like Perambur and Basin Bridge are under water. Trains were stranded at many locations, including in Korukkupet and Avadi.

Speed restrictions have been imposed on trains, as the rain has played havoc with the signalling system, a railway official said.