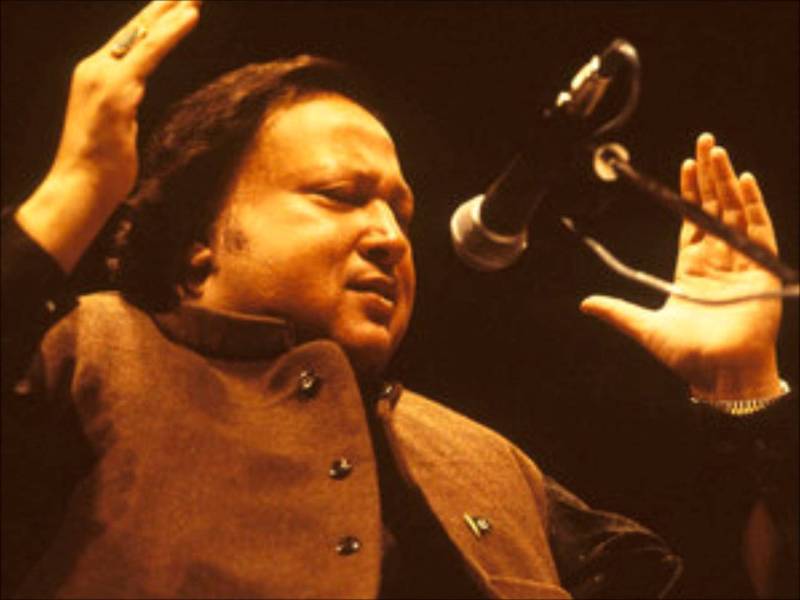 LAHORE (Staff Report) - The 67th birth anniversary of the pride of Pakistan and the magical voice of the sub-continent, Ustad Nusrat Fateh Ali Khan, is being observed on today (October 13).

He is popularly known as “Shahenshah-e-Qawwali”, meaning “The King of Kings of Qawwali”.

The legend Qawwal, born in Faisalabad on October 13, 1948 to a classical family of singers, embarked on singing career with Qawwali followed by ever-increasing line of music including sufi, and hymns.

With his stunning voice, Khan’s first public performance was as the leader of a qawwali party, at a studio recording broadcast as part of an annual music festival organized by Radio Pakistan, known as Jashn-e-Baharan.

His first major hit was the song Haq Ali Ali while he also did joint ventures with well-known international singers. 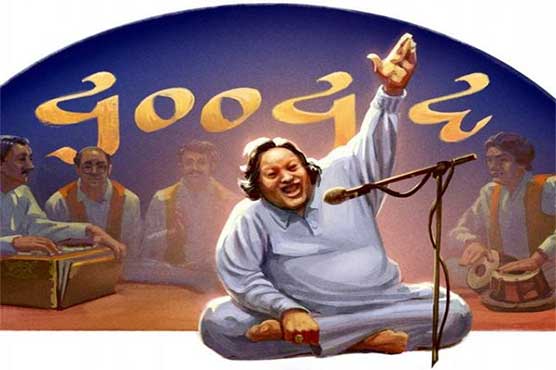 Khan reached out to western audiences through his work with peter Gabriel on the soundtrack to the last temptation of Christ in 1985.

His songs are still alive among his fans and also youngsters, and have defined the art-form of Qawwali for the generations to come.

Some of his most famous songs include Kinna Sohan Tainu, Piya Re Piya Re, Gham Hai Ya Khushi, Mera Piya Ghar Aaya, Dum Mast Kalandar, Afreen Afreen and many others.

The Pakistan government had awarded him with pride of performance for his splendid work in the field of music.