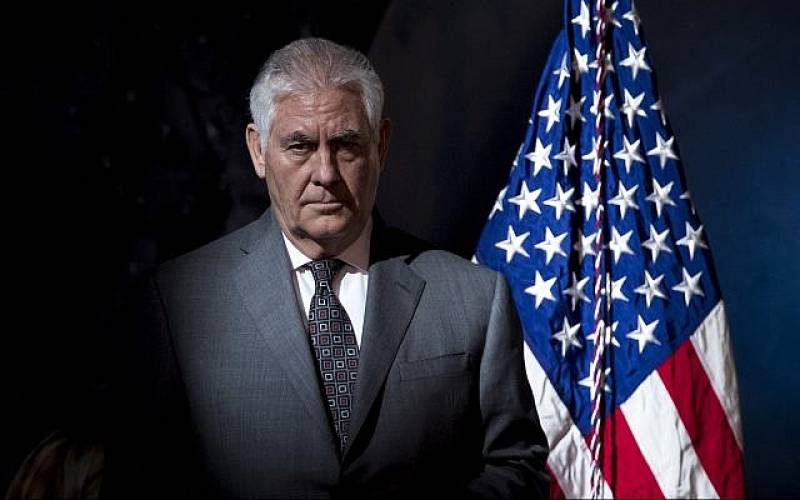 WASHINGTON  -  US President Donald Trump will decertify the Iran nuclear deal while staying in the landmark international agreement, Secretary of State Rex Tillerson told reporters Thursday evening. But Trump will also ask Congress to impose new, unilateral “trigger points” that would reinstate sanctions against Tehran if it crosses certain thresholds.

Trump will announce the decision in a speech on Friday afternoon that will lay out a “more confrontational” US approach toward Iran, Tillerson told reporters.

Decertifying Iran’s compliance with the terms of the Joint Comprehensive Plan of Action (JCPOA), which is the official name of the agreement, will give the US Treasury Department broad authority to impose sanctions on Iran’s Revolutionary Guard Corps (IRGC), Tillerson added.

Under the terms of the Iran Nuclear Agreement Review Act, the president has to certify Iran’s compliance with the pact every 90 days. Senator Bob Corker (R-Tennessee), head of the Senate Foreign Relations Committee, said a new bill currently in the works will change that time frame to six months. Corker added that he expects Trump to continue waiving the nuclear-related US sanctions against Iran.

Corker’s new bill should be presented to Congress within the next two weeks, Reuters reported.

Trump wants Congress to amend the deal by requiring Iran to allow inspectors greater access to nuclear sites, and remove the “sunset clauses” from the 2015 agreement. The administration does not think the nuclear deal should define all of US policy on Iran, according to Tillerson.