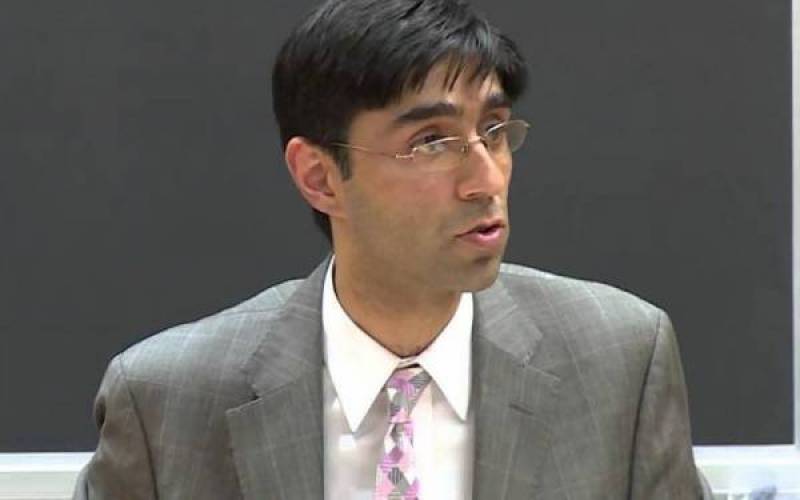 ISLAMABAD – Advisor to PM on National Security and Strategic Policy Planning Dr Moeed Yusuf has revealed that India has sent a message expressing a desire for conversation with Pakistan.

Yusuf stated this during an interview to the Indian media. However, he insisted that talks cannot be held until India brings atrocities and terror in occupied Jammu and Kashmir to an end.

He told The Wire’s Karan Thapar further said that India should accept Kashmiris a third party at these talks.

The security advisor said, “We must sit down like adults” to settle the issues. He said that there are two issues Kashmir and terror, adding that he want to discuss both issues.

Putting another pre-condition for hold talks, he said that India first end military siege in the occupied territory, which is facing restrictions from August last year when Delhi revoked IIOJK’s special status.

He said that India should also withdraw the new domicile law that has been introduced to change the demographic status of the country.

The advisor further said that Pakistan has evidence of Indian involvement in terrorist activities. He said that mastermind of 2014 APS attack was in constant contact with the Indian consulate, adding that there are records of phone calls.

Yusuf further said that the Indian Embassy in Afghanistan used think-tanks as a front to provide funds to Baloch terrorists. He claimed the Balochistan National Army commander had been provided treatment in a hospital in Delhi.

He further said that India was behind the attacks at Chinese consulate attack and Pakistan Stock Exchange (PSX).