Inquiry of Makkah crane collapse will be made public: Saudi king 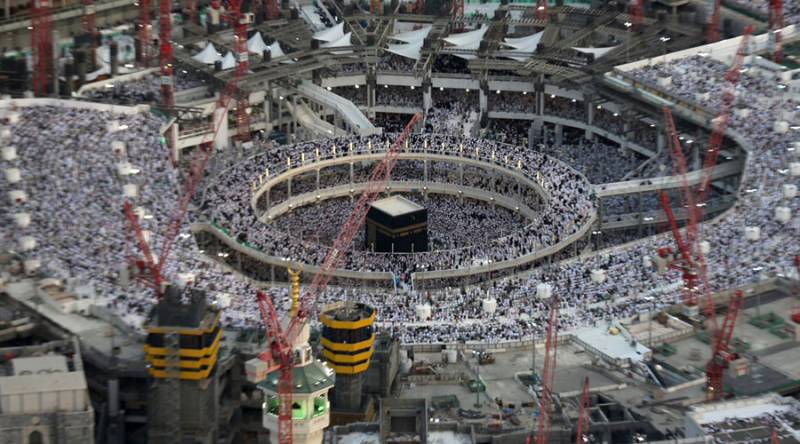 RIYADH (Web Desk) - Saudi Arabia's King Salman says the results of an investigation into why a crane collapsed in the Muslim holy city of Makkah, killing at least 107 people, will be made public.

The crane crashed into the Grand Mosque as it was full of pilgrims, almost two weeks before the Hajj. 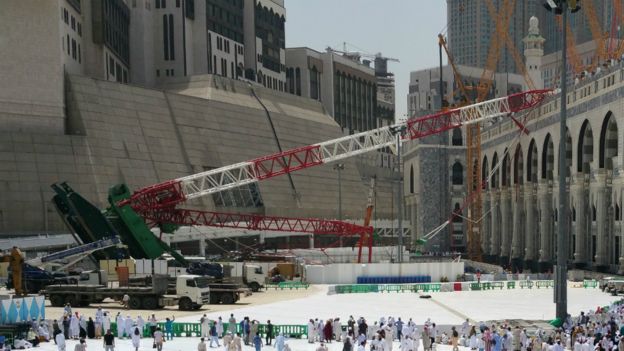 The BBC correspondents say there had previously been concerns about safety on Saudi construction sites.

King Salman visited the site late on Saturday, and then met survivors of the accident in hospital. 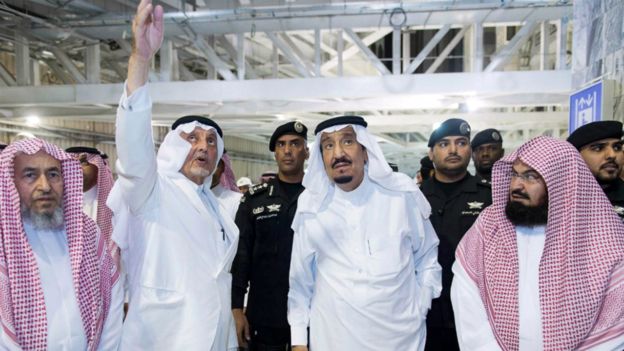 "We will investigate all the reasons [of the collapse] and afterwards declare the results to the citizens," the official Saudi news agency quoted him as saying.

The victims were said to include worshippers from Iran, Turkey, Afghanistan, Egypt and Pakistan.

The Grand Mosque, known as the Masjid al-Haram, is the largest mosque in the world and surrounds Islam's holiest place, the Kaaba.

At least 230 people were injured in the incident on Friday. It is unclear how many people were hurt by the collapse or the stampede that followed it.

Videos posted online showed the moment the structure collapsed, with a loud crash followed by panic and shouting. Bodies and blood could be seen on the floor of the mosque.

The head of Saudi Arabia's civil defence agency, Lt Sulayman Bin-Abdullah al-Amr, said an investigation was being carried out to assess the damage, and the "extent of the safety of these sites". 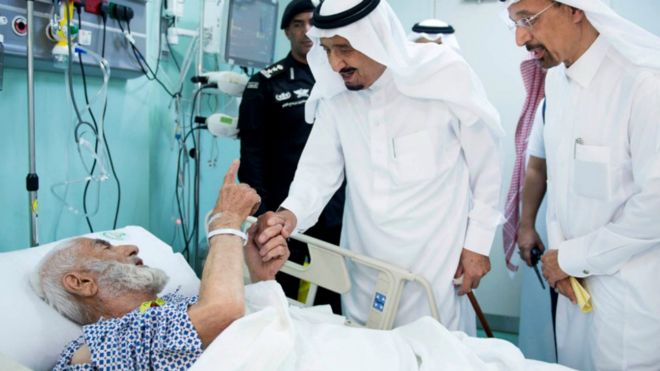 Up to two million people are expected to arrive in Makkah for the Haj from all over the world later this month.

Saudi officials say the crane disaster will not prevent the Haj going ahead.

Irfan Al-Alawi, from the Islamic Heritage Research Foundation, told the BBC that the Grand Mosque is currently surrounded by 15 large cranes amid major redevelopment work.

"The entire area is like a salvage yard," Mr al-Alawi said.

"Saudi Arabia has to re-think its health and safety strategy," he said, "as there were 800,000 people in the mosque area at the time of the accident."

The original parts of the Grand Mosque date back 1,400 years. Consisting of a large square surrounded by covered prayer areas, the building has since been extensively modernised, notably from the mid-20th Century. 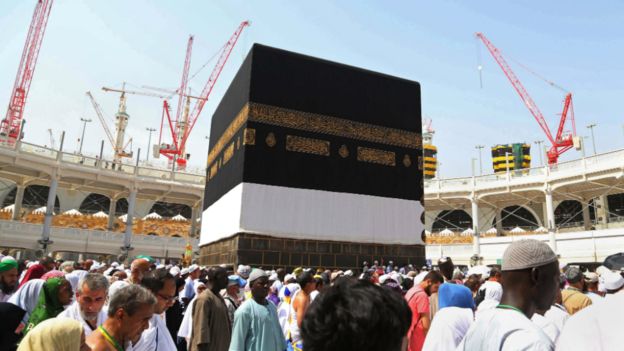 Saudi authorities began a major expansion of the site last year to increase the area of the mosque by 400,000 sq m (4.3m sq ft), to allow it to accommodate up to 2.2 million people at once.