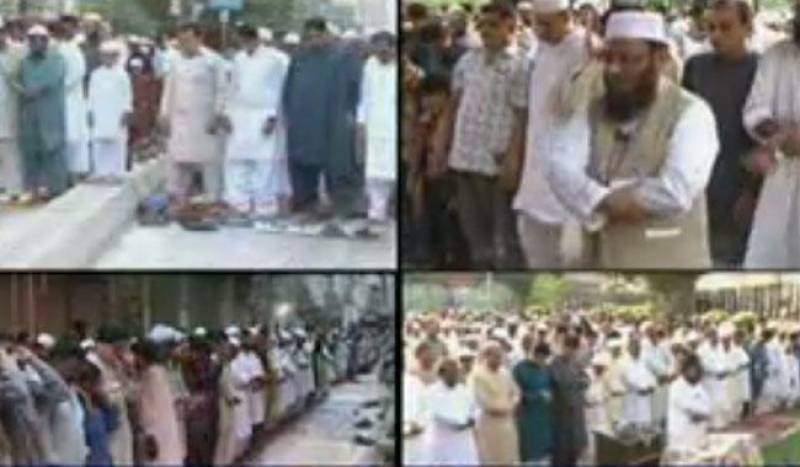 ISLAMABAD (APP) - Three-day celebrations of Eidul Azha began across Pakistan with religious zeal and traditional fervour with sacrifice of animals in remembrance of the supreme sacrifice by Hazrat Ibrahim (AS).

The day started with thousands of congregations for Eid prayers being held at mosques Eidgahs and open places in cities towns and villages across the country.

After offering their prayers Muslims will slaughter their sacrificial animals.

Federal and provincial governments have chalked out elaborate security arrangements across the country to ward off untoward incidents.

The local administrations in cities have made special arrangement to ensure cleanliness especially removal of offals during Eid days.

Thousands of sanitary workers will remain on duty to keep the cities and towns clean.

The officials have urged citizens to cooperate with the sanitary workers and dump entrails and offals of the sacrificial animals at specific collection points from where these could be removed properly.

Police have also made elaborate security arrangements and thousands of policemen will be deployed to safeguard places of worship and important places during the three-day festivities.