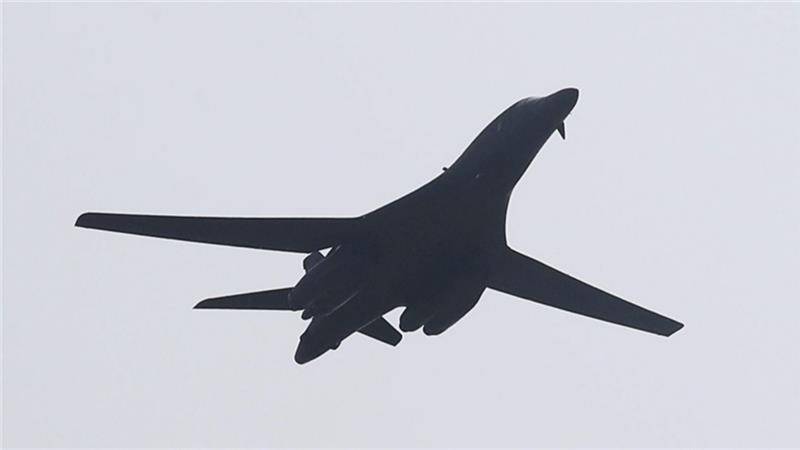 SEOUL - Two US B-1 supersonic bombers flew over South Korea in a show of force and solidarity with its Seoul after North Korea's nuclear fifth nuclear test last week.

The US warplanes were flown over South Korea as a sign of protest against North Korea for violating the United Nations' resolutions.

Speaking in Seoul, the US envoy on North Korea Sung Kim, said that our intention is to secure the strongest possible resolution that includes new sanctions as quickly as possible.

He said the United States would work with China, North Korea's major diplomatically to close loopholes in existing resolutions.

Earlier on Monday, the South Korean defens=ce ministry said that North Korea was all set to conduct another nuclear test at "any time."

Japan and South Korea shared their serious security concerns after last week's successful nuclear test by North Korea. The United States vowed to back allied nations in any condition.