Prime Minister Nawaz Sharif being sold for 66 thousand Pounds online, you can bid too 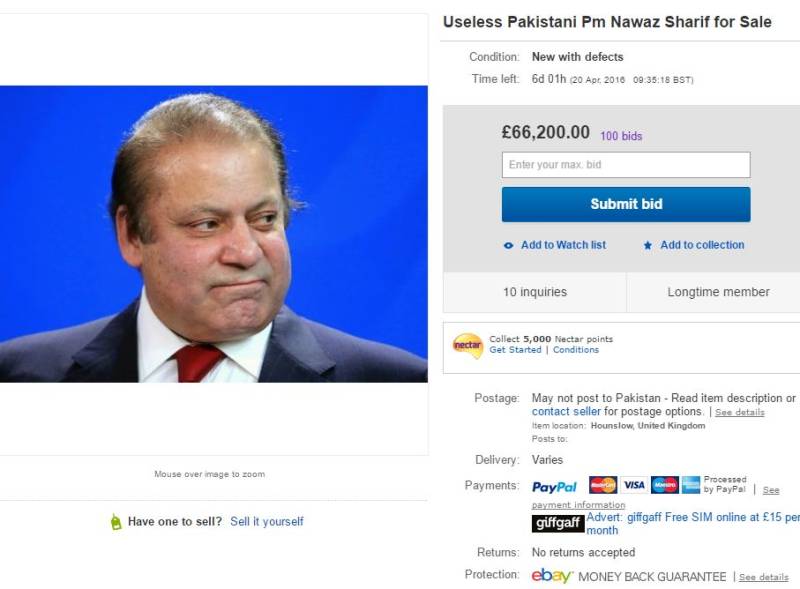 LAHORE (Staff Report) - Renowned American singer Chris Brown once said "haters keep on hating, cause somebody's gotta do it," and apparently what he said is cent per cent true. As an anonymous prankster has put Prime Minister Nawaz Sharif up for sell on ebay and around a dozen bidders have shown interest to buy him as well.

The user named mastavis created a sell post titled "Useless Pakistani Pm Nawaz Sharif for Sale" to express his disgust against the third-time Prime Minister of Pakistan in the middle of Panama Papers leak aftermath. 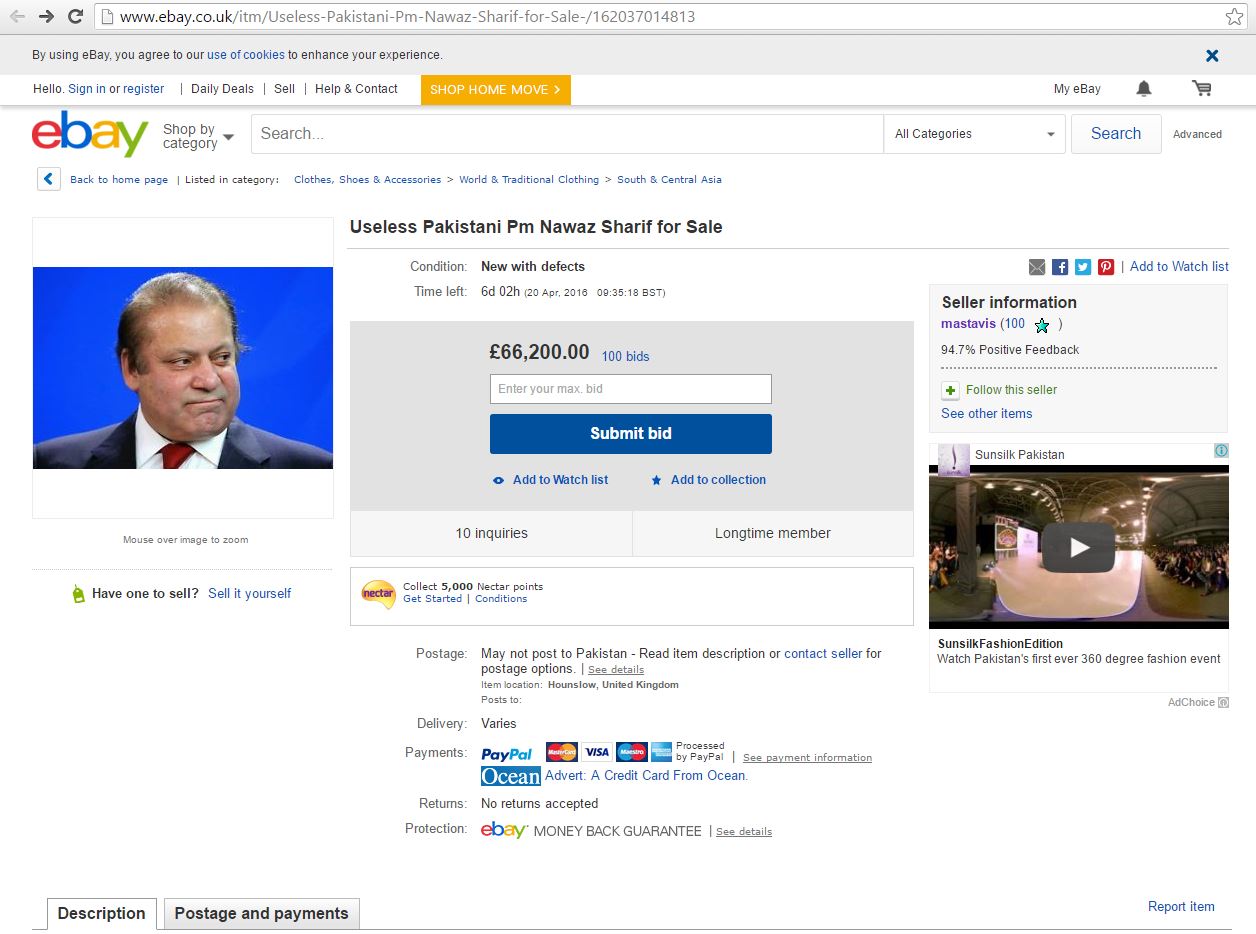 Despite the fact that Nawaz Sharif is not new to rule Pakistan, the item condition says "new with defects." Furthermore the item description also delineates information about Sharif's properties, however it is not clear if these details have been borrowed from Panama Papers or not.

But being defective, as claimed by Mr or Ms or may be Mrs mastavis, has also not affected the price apparently, as item's buy now price is pretty high and definitely more bids will continue to come in till the item is sold. 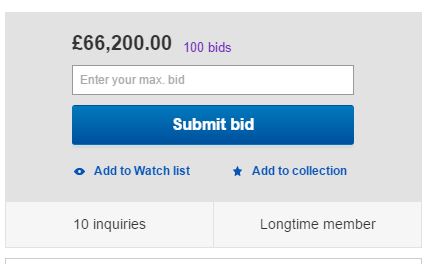 There is a "buy one get one free" offer as well. For this read the highlighted material from image given below.

And there are conditions for postage as well, the item details read  "may not post to Pakistan" and buyer will have to arrange transport as well. However the buyer has a variety of ways to make payment.

Anyone placing bid for the item certainly needs be careful, as once purchased the buyer will not be able to return it.

Interestingly, Prime Minister Nawaz Sharif is not the first one to put up for sell, but recently in an alike move United Kingdom Prime Minister David Cameron was also placed for bids on ebay. His buy now price was noted to be ‎£35 when ebay administration removed the item.