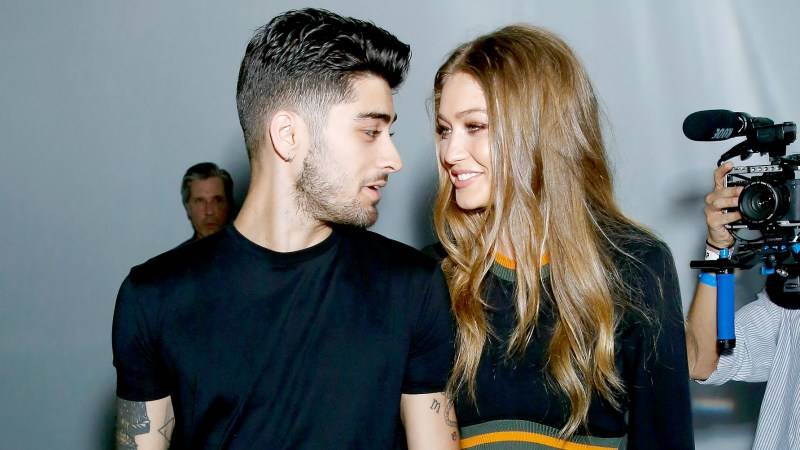 Zayn Malik phoned in on Ryan Seacrest's radio show on Friday to promote his new song, "Let Me" and stated that he was really excited about the track saying he had written the song "about seven or eight months ago." which is about when he was still with now ex-girlfriend Gigi Hadid.

He said when he wrote the song,  "I was in love—and I think that's pretty evident. I was aspiring to be in love with someone for the rest of my life and the rest of theirs, as we all do. Things change and we move forward in life. Times change, but that's what I was thinking when I wrote it."

However, the 25 year old has no regrets, "We go through experiences so we have memories and stories and things to write down and contemplate and think about," he said. "You get to really put your experience into something. It should be remembered forever."

He also told Seacrest, "I've been working on the album for just over a year; I wrote everything myself. I am super proud of it. And at the minute, I'm in rehearsals for my tour. I'm really excited for that and to finally get out there and perform onstage. It'll be really cool."

He also added information sure to excite his fans, "More music is coming soon. The album will be following that. I'm doing a whole special thing with the videos. I'm not sure if anyone's seen, but 'Let Me' actually goes with 'Dusk Till Dawn.' There is going to be a whole continuation—like a video project—so I'm working on that at the minute. That's a little bit of secret information for you there," he teased. "I'm doing that, getting all the singles out, and just seeing how it lines up timing-wise, and then we're going to drop the album after that."