Abdullah Qureshi pays tribute to doctors in his own style 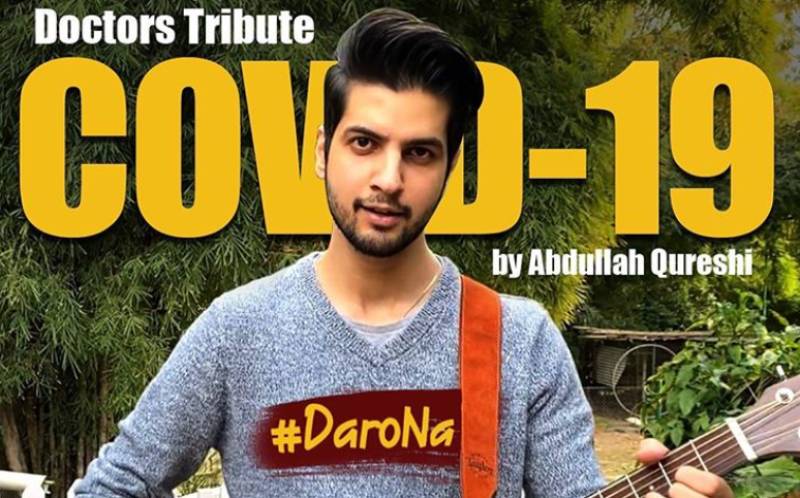 Qureshi, who also produced the song, says he wrote it over a video call with his bandmates. “I was feeling particularly sad about everything that has been going around in the world,” he said. “It is just our little contribution to lighten a candle of hope in people’s hearts during these trying times and let those who are fighting for us know that we appreciate and respect them.”

A tribute to all the health workers who have put their lives at risk for a better tomorrow! Releasing SUNDAY #DaroNa #covi̇d19

Check out Daro Na on YouTube! #DaroNa (LINK IN BIO)

A post shared by Abdullah Qureshi (@abdullahqureshiofficial) on Apr 13, 2020 at 4:52am PDT

Despite the lockdown and social distancing, Qureshi has continued to release new music. ‘Daro Na’ is the second single he has released during the pandemic.