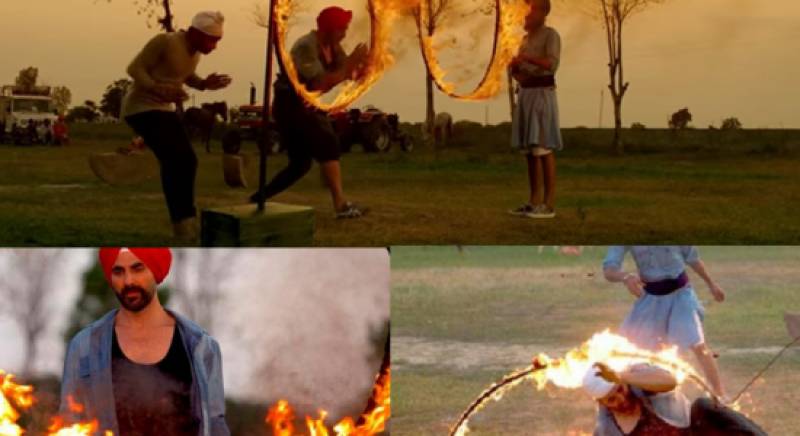 MUMBAI (Web Desk) - Bollywood actor Akshay Kumar sustained burns to his legs as one of his stunts did not go as planned.

According to details, Akshay Kumar’s leg caught fire as he tried to jump through a flaming hula-hoop.

The Singh is Kinng star was shooting a song for his upcoming film Singh is Bliing when the incident took place.

The director of the film Ashvini Yardi said stated that the actor remained calm and moved to shoot the next take.

However, she did confirm that Kumar had sustained injuries in the incident.