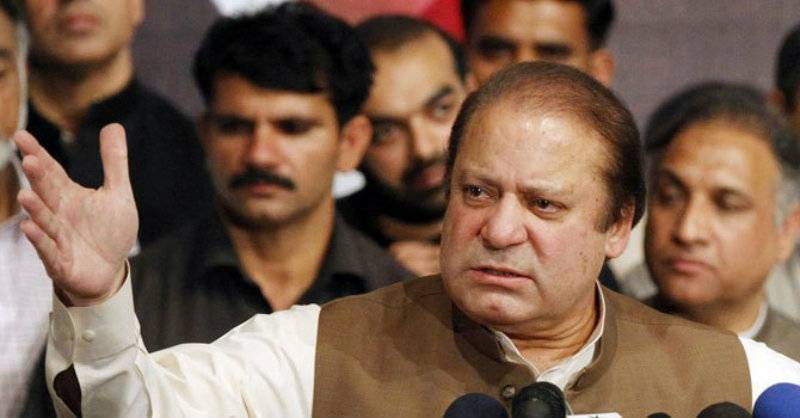 LAHORE - Former Prime Minister of Pakistan Nawaz Sharif claimed on Monday that we (Pakistanis) did not learn any lesson from the fall of Dhaka that led to split of the country into East and West Pakistan in 1971.

Nawaz Sharif expressed these remarks as he arrived at the mausoleum of national poet Allama Muhammad Iqbal on Monday to offer Fateha there.

Talking to newsmen outside the mausoleum Nawaz Sharif said the independence of Pakistan cannot be celebrated with fervour as the country is detached from an essential part that belonged to it. He said Pakistan would have been moving towards development at a faster pace had Bangladesh still been part of the country.

He maintained that Pakistan came into existence through the power of the vote and we were celebrating its 70th Independence Day.

Sharif expressed that if we wanted to make Pakistan, a country envisioned by Allama Muhammad Iqbal and Quaid e Azam then the mandate of masses should be respected.

'Democracy, in essence, lies in the supremacy of constitution' Nawaz Sharif said.

He expressed grief over opting the law of necessity ignoring rule of law adding that his ouster majorly affected the development agenda of the government.

The former premier, who was disqualified by a five-member bench of the supreme court in the Panama case verdict once again mentioned the achievements made by the ruling party under his chair.

'Our government restored peace and improved energy situation' he said and reiterated that the country belonged to 200 million people and not to a few individuals.

The former premier vehemently contended that restoring the sanctity of vote was the top most agenda for him now.

'Pakistan was not treading the path of democracy that was set by Muhammad Ali Jinnah' Nawaz Sharif claimed.

Sharif called upon the necessity for speedy justice and affirmed that his government would ensure that.

'The government would provide homes to homeless people' said Nawaz Sharif and added that the basic purpose of building Pakistan was to ensure equality.

Earlier, the former premier also recorded his impressions in the visitor’s book.