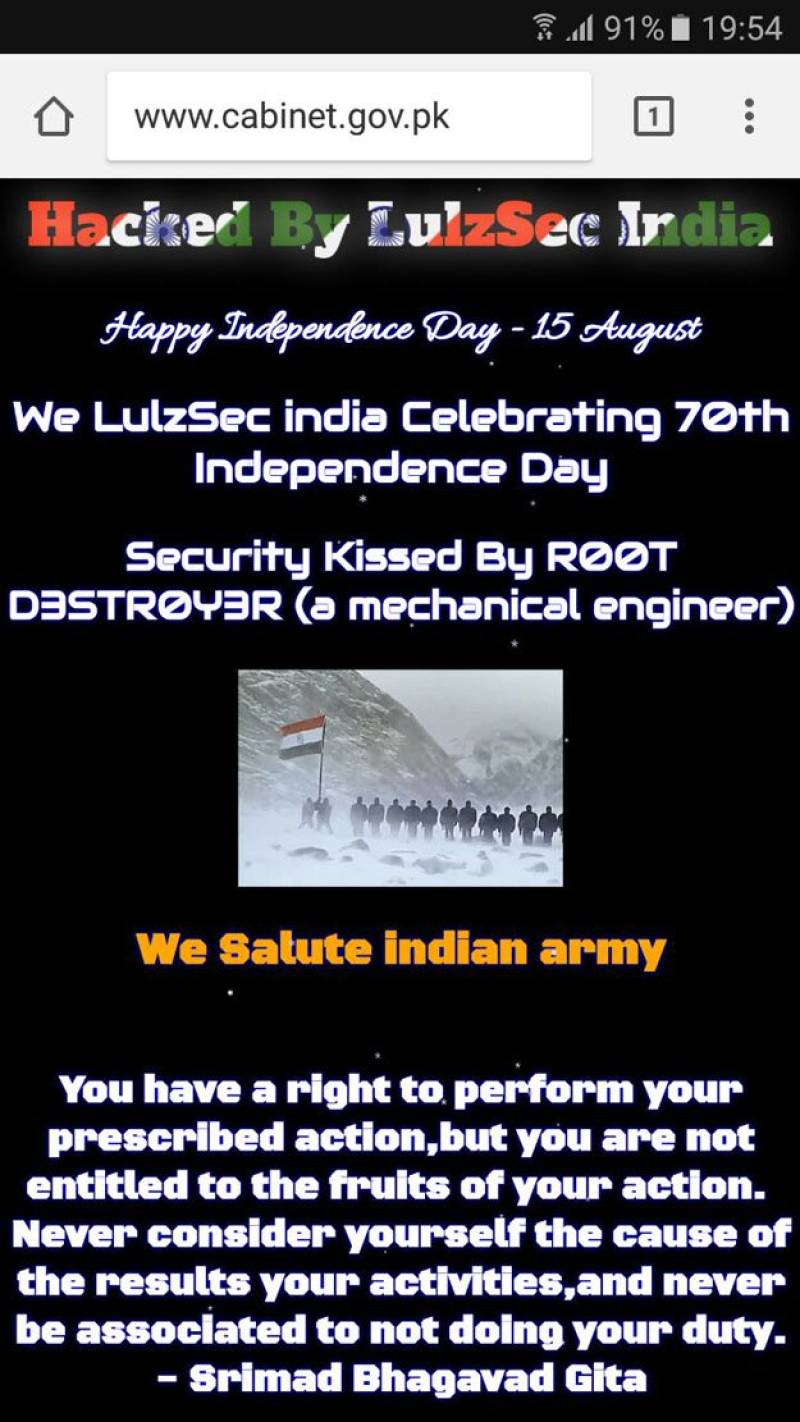 ISLAMABAD - Against the backdrop of Independence Day celebrations in the country, Indian hackers infiltrated government websites, including the federal Cabinet, law and IT ministries, among others on Monday.

They also added a photo of Indian army hoisting an Indian flag on the Siachen glacier.

A group identified as Lulzec India has claimed responsibility for the hack.