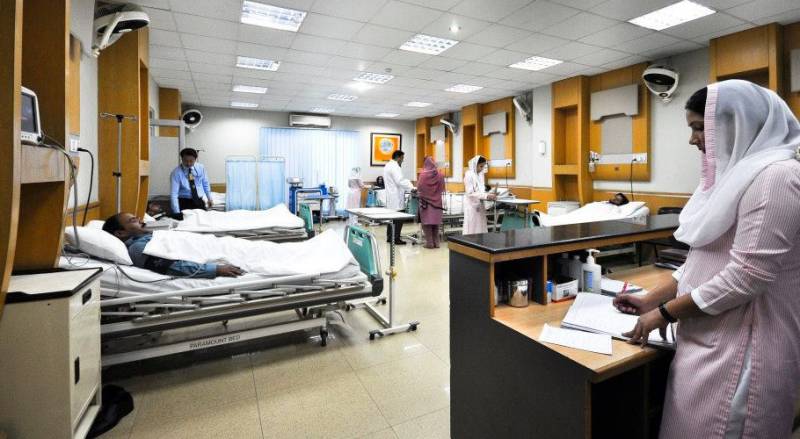 LAHORE - The Emergency department of the Punjab Institute of Cardiology (PIC) has partially reopened for the emergent patients at night while the out-patient department (OPD) and indoor services remained suspended on the fourth consecutive day after lawyers’ violent attack on the hospital.

Addressing a press conference at PIC, the leaders of the Grand Health Alliance (GHA) including its Chairman Dr Suleman Haseeb, Dr Qasim Awan and others announcing the opening of the Emergency Department, said that doctors were not going on strike and started work in the Emergency department in the larger interest of the patients.

The complete functioning of the emergency department would be ensured within the next two days, the GHA leaders added.

Hundreds of patients are still deprived of several medical tests, including angiography and echocardiography which are critically important for heart patients before doctors can proceed with their treatment.

New medical equipment, machinery, furniture and other items have been supplied to the emergency ward.

In total, around 12,000 heart patients suffered severe hardships and 35 patients couldn’t undergo bypass, and angioplasty and angiography procedure of 250 patients was postponed due to the absence of doctors and paramedics from their duties.

The GHA has urged the enforcement of Health Professional Act immediately to ensure the safety of the doctors and other staffers in hospitals.

They said that cases should be registered against the lawyers involved in the ugly incident of attack on PIC under the Terrorism Act.