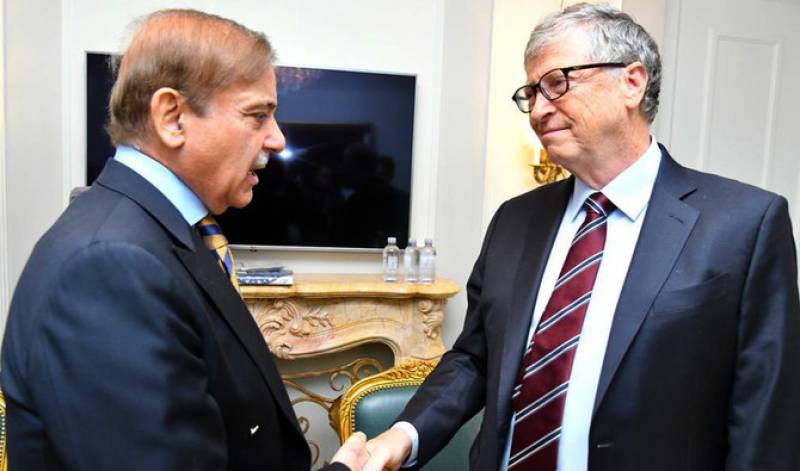 In a tweet, PM said he discussed the ongoing public health and social sector programmes supported by BMGF in South Asian country.

Shehbaz also reiterated his government's commitment to work with Bill and Melinda Gates Foundation (BMGF) and ensure the eradication of polio. He acknowledged the valuable support extended by the Gates Foundation in polio eradication and improving immunization, nutrition and financial inclusion in Pakistan.

In a phone call last night, Bill Gates & I discussed polio eradication challenges in our flood-hit areas. Government will continue to work with Bill & Melinda Gates Foundation to ensure no child remains at risk of this deadly virus. I thanked Mr Gates for his consistent support.

PM apprised the top philanthropist about the response plan during the recent flooding. Regretting the loss of lives in the unprecedented inundations, Mr. Gates commended Pakistan's efforts during worst catastrophe in recent times.

He also reiterated his foundation's continued support for ensuring that no child is at risk of paralysis due to poliovirus.

PM office further mentioned that the two sides agreed to continue working together on the shared objectives and in the areas of mutual cooperation.