Maria B schools netizens about Transgender Act once again 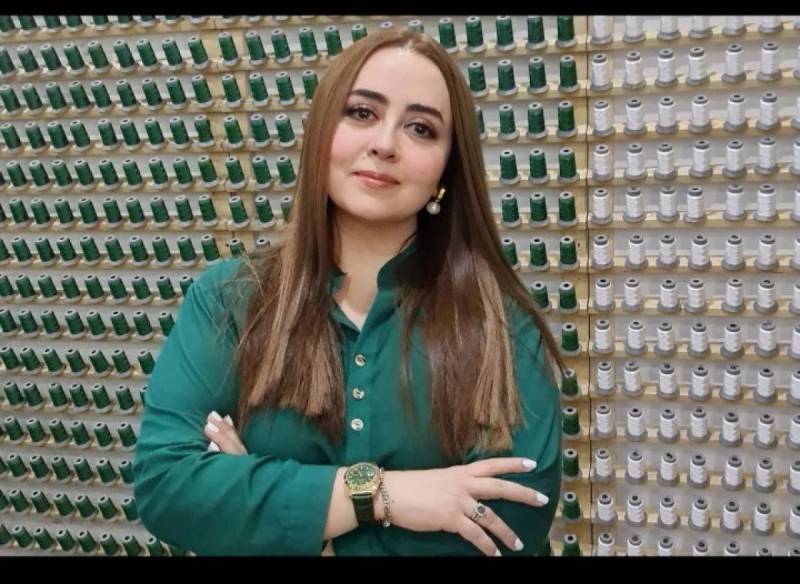 Famous Pakistani fashion designer Maria B is in town to school "the illiterate and deliberately ignorant" people in Pakistan about the Transgender Act and its aftermath.

For starters, the transgender law was passed a few months ago to which many people objected and demanded an amendment. Among many people was Maria B who has often explained the difference between 'transgender' and 'intersex' individuals. Although the ace haute couture designer has been criticised heavily for sounding ignorant herself, it didn't demoralise her.

Maria B was recently invited by actor Ahmed Ali Butt to his show, Super Over, where the diva was asked to differentiate between the two genders.

The fashion designer said, “There is an important issue which needs to be discussed, in Pakistan, we have an intersex community, which is known as the Khwajasara community. Recently, an act for intersex community was passed which was hijacked by people who pretend to be interesex but they are not. The bill doesn't entirely cater to the intersex community rather promotes a hidden agenda."

Maria continued, "We are working with Jamat E Islamic Senator Mushtaq to give rights to the intersex community on a priority basis."

Maria concluded her statement with the difference between the two communities, suggesting, "The transgenders are people who were once a normal girl or a boy but thought they had opposite gender’s traits, leading them to declare their desired gender instead of the one assigned at birth."

samaatv #mariab #fatimaahmedkhan ➽ Subscribe to Super Over with Ahmed Ali Butt ➽ https://bit.ly/3OdtR4R Super Over, a celebrity base comedy show hosted by Ahmed Ali Butt, in which he speaks with celebrity guests about various topics, while our main comedians Naseem Vicky, Shakeel Siddiqui, Wajid Khan and Sherry Nanha give funny and satirical twist to ongoing situations and sociopolitical issues.

For those confused between the two terms/communites; a transgender person is someone whose gender identity or gender expression does not correspond with their sex assigned at birth. Many transgender people experience dysphoria, which they seek to alleviate through transitioning, often adopting a different name and set of pronouns in the process.

On the flip side, Intersex people are individuals born with any of several sex characteristics including chromosome patterns, gonads or genitals that, according to the Office of the United Nations High Commissioner for Human Rights, "do not fit typical binary notions of male or female bodies".

Maria B launches the Khunsa Fund to empower the intersex community