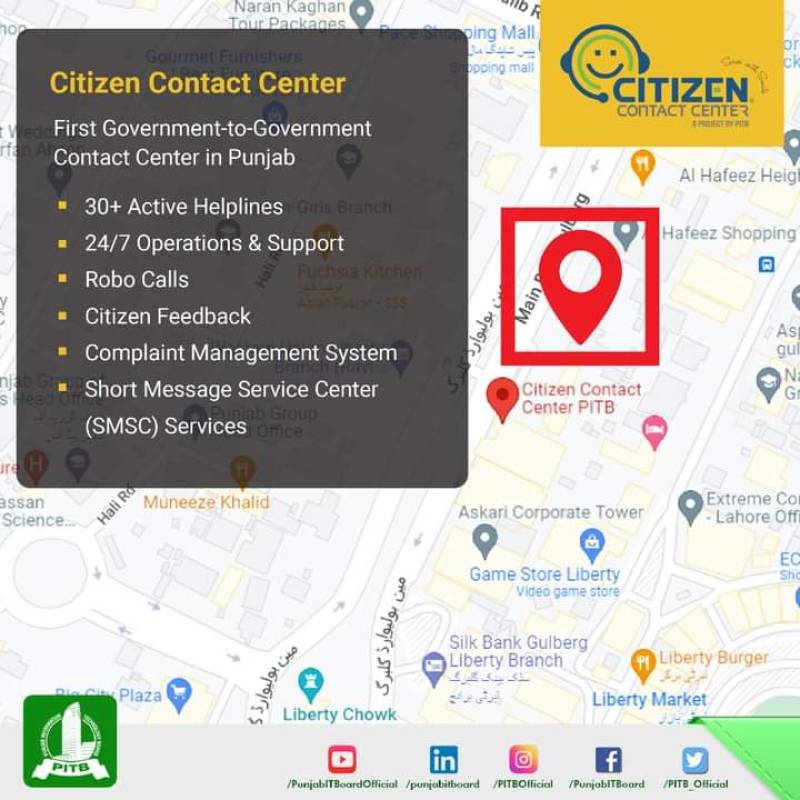 LAHORE - Citizen Contact Center (CCC), a project of the Punjab Information Technology Board (PITB), has so far received 6.8 million calls from the concerned citizens for information and complaints since 2015, whereas 6.1 million Outbound Calls and 18 million Robo-Calls have been made to record citizens' feedback.

PITB Chairman Syed Bilal Haider was told that more than 470 million messages were delivered from CCC’s one-way messaging service, while 4 million people have benefited from the two-way message service. He was further told that 200 calling agents are working round the clock in three shifts to support the citizens in the Citizen Contact Center.

In his remarks on the occasion, Syed Bilal Haider said that PITB's Citizen Contact Center is the first government-to-citizen contact centre in Punjab, which provides round-the-clock operations and support services including more than 30 active helplines to various government departments in Punjab.