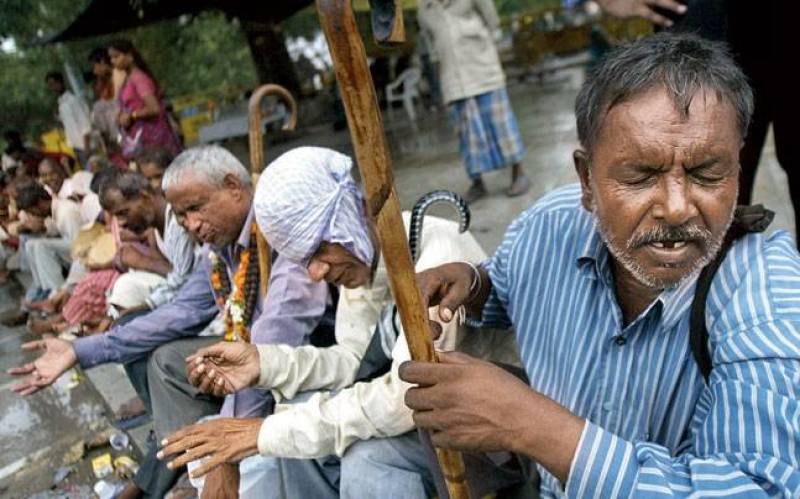 NEW DELHI (Web Desk) - Bengaluru, which is often dubbed as India's silicon valley, has just earned another specialty of hosting graduates and diploma holders begging on its streets, not because they have nothing to else but because they can earn more this way.

According a report of India Today, the local authorities tried keep these guys off streets and return to their formal jobs but they refused to give beggary.

The figures revealed that as many as 169 graduates, postgraduates and diploma holders were currently begging on the streets of Bengaluru. At least 89 women were also among them.

The overall data showed that there are around 10,000 beggars in the city and out of them at least 2,547 are literate while 1,446 have completed high school. Moreover 77 beggars are graduates/postgraduates while another 25 beggars have earned technical diplomas.

The reports quoted a senior official in the department of social welfare as saying "Its quite desperate that youths have chosen beggary as a full time job, because it was earning them more money than any other job. We tried to counsel them to give it up but many of them clearly refused to cooperate with us."

The report also carried a story of a beggar, who is seen in high profile areas of Bengaluru like MG Road and Commercial Street, which said that he can earn more than INRs 12,000 per month in beggary but in his previous job he was paid just INRs 6,000 per month.